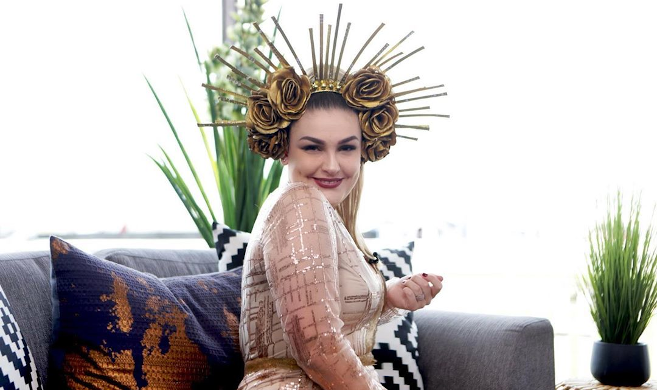 Alumnus Nominated for Songwriter of the Year Award

Musician Ms Holly Wasserfall, aka Holly Rey, has been nominated for the Songwriter of the Year award at the AfriMusic Song Contest – Africa’s biggest song competition.

Should Rey win with her song Fire, she goes on an all-expenses paid trip to compete in the EuroVision Song Contest in Holland. Eurovision is the biggest music competition and event on the European continent and is often referred to as the Grammy awards of Europe.

‘Since we released the EP titled You late last year, the crew’s been talking about how we’re going to get our sound out there in Africa,’ said Rey. ‘We were just discussing what our next move should be when we heard the news from AfriMusic 2020. It’s such an honour to get recognition for your craft as an artist among so many incredible songwriters across the African continent! I am really excited about this nomination!’

A UKZN alumnus, she considers her House music to be about love. ‘I try to write music that challenges the traditional views of love and promotes a more empowered mindset for women. This year I intend to maintain my independence as an artist and continue to blaze a trail for women artists in the industry,’ said Rey.