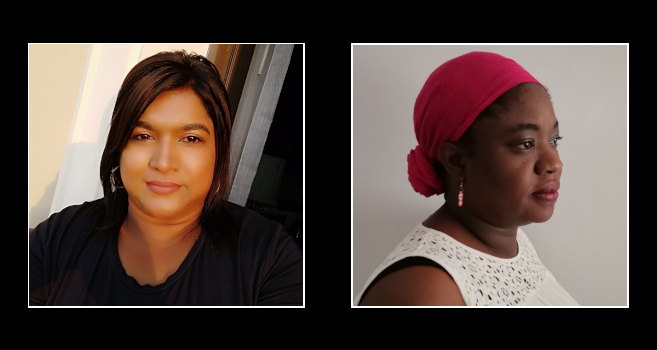 Webinar on Human Trafficking and Online Dangers during COVID-19

Human trafficking and the increased dangers of online activity because of a variety of negative COVID-19 impacts were discussed by Mrs Vanessa Chetty, founder of the Hope Foundation, who was a guest speaker at a UKZN-hosted webinar.

The aim of the webinar was to increase awareness about modern-day slavery and cybersecurity. Chetty defined human trafficking as the trade and exploitation of vulnerable people, saying it was organised crime involving sex-trade, forced labour and domestic servitude.

Focusing on how everyone can become a victim of modern-day slavery, Chetty - a member of the KwaZulu-Natal Task Team for Human Trafficking - said: ‘To fight organised crime such as human trafficking, society needs to be organised.’

Chetty said the construction and manufacturing sectors, the commercial sex industry and users of domestic labour benefitted from the trade.

Signs of human trafficking victims included fear, physical abuse, inability to speak to an individual alone, no identity documents (due to employer or a person in a position of authority confiscating them) and cramped living conditions.

Examining cyberbullying as a prosecutable crime in South Africa, she identified how cyber predators used social media and online gaming as a means to stalk their prey. Chetty urged parents not to let children play mobile games unsupervised, as they were unaware of the dangers associated with it and suggested firewalls on gadgets to protect the youth.

She outlined “doxing” as a practice of using the internet to access the private information of a particular individual and noted how South Africa was protected by the Protection of Personal Information Act (POPIA Act). Detailing how “sexting” can lead to different forms of cyberbullying and extortion, Chetty said anything written or posted on line could be traced back to the sender.

Chetty said anyone could become a victim of cyberbullying if they used social media recklessly and listed ways to avoid falling prey to criminals. ‘Checking in with your location online is very dangerous, if you’re on holiday rather share your location after your return. Never meet anyone in person stemming from an online chat, adjust your privacy settings and be careful of the information you are posting. Block and unfriend anyone who sends you inappropriate things,’ she said.

Chetty pleaded with parents to start conversations with their children around cybersecurity to create awareness and urged family and friends to follow suit.

Advocate Victoria Balogun-Fatokun, a lecturer at UKZN’s School of Law in Pietermaritzburg, said: ‘Human trafficking is here in many shapes and forms, so it’s important for us to start conversations about it.’

If you need help or suspect someone is a human trafficking victim, contact the South African Human Trafficking hotline on 0800 222 777.