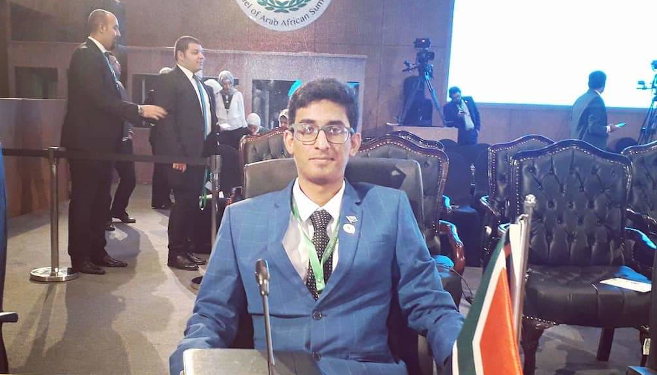 The forum engages youth globally in an enriching set-up, allowing them to exchange views and recommend initiatives to decision-makers and influential figures. The event is attended by a wide range of participants, including heads of states and government, international youth leaders, inspiring young people in various fields, prominent international figures and youth groups from around the world.

‘As South Africa’s ambassador, I had the opportunity to make speeches, draft resolutions, negotiate with allies and resolve conflicts at the summit,’ said Ellahi. ‘The theme for the summit was prospects for co-operation between the Arab and African states. To be selected I had to submit a research paper on the prospects of co-operation between Arab and African countries from the perspective of my country. In my paper I highlighted the need to improve food security in both regions.’

Ellahi says he gained valuable experience at the summit, improving his communication skills through engaging with high-level delegates. He also got a better understanding of issues such as security in other Arab and African countries.