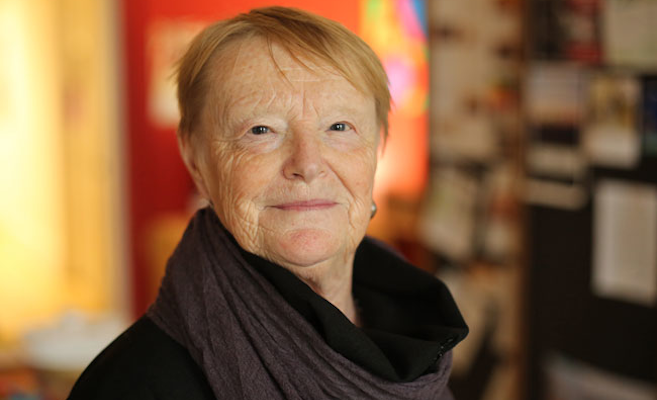 Professor Claudia Mitchell of UKZN’s School of Education has been awarded the Léon-Gérin Prize in honour of her distinguished research career in the humanities and social sciences.

Mitchell is highly respected for her work in areas of gender-based violence prevention, HIV and AIDS awareness, and with the youth around the world.

She received her prize medal during a ceremony held by the Government of Quebec in Canada. ‘This is truly such an honour and I am very grateful to UKZN, McGill University and the various funders for their sustained support of my research,’ she said.

Mitchell has devoted a large portion of her exceptional research career to a variety of issues affecting the youth, including girlhood studies, sexuality and HIV and AIDs, gender-based violence, and teacher identity. Her international research includes employing visual methods, such as cellphone videos and photography, to engage young people, on a variety of subjects, including preventing HIV and AIDS transmission and sexual violence.

As the founder of the Participatory Cultures Club, she continues to interact with young women in Ethiopia, Kenya, South Africa, Mozambique, Vietnam and Russia as well as Indigenous girls and young women across Canada.

At home in Quebec, her work supports the preparation of new teachers and researchers for work in the area of the needs of children at risk in Montreal, including young people and children affected by war and without status.