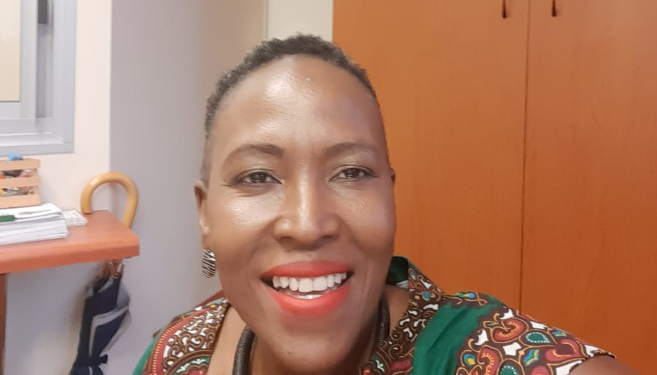 Developmental lecturer in the School of Clinical Medicine at UKZN, Dr Buhle Maud Donda was awarded a PhD in Medicine (Education) for her thesis on the Experiences of South African Medical Students who studied in Cuba in Spanish for five years, during an Eighteen Months’ Assimilation in a Home Institution.

The study was supervised by Dr Veena Singaram and Professor Richard Hift.

The research revealed that the challenges faced by the students were largely interpersonal with an emphasis on how they were treated rather than educational. These were aggravated by the differences in the students’ biographies and university experiences, differences in content, protocols and examination between Cuba and South Africa, the institutional ethos which students felt was a bit unwelcoming and the “gloomy” anecdotes of their predecessors who trained in Cuba.

The challenges brought identity discrepancies to the fore between “who I am and should be” and who others think “you are or should be”. This resulted in psychological and emotional distress which ranged from apprehension, to fear, fear of failure and anxiety. The effect of desperately wanting to be a doctor, termed “unidimensional identity” perpetuated fear of failure and intense anxiety. The students attributed their success to resilience as a strength from within which involved confidence, composure, commitment and control. Consultants were seen as aggravating the situation whereas South African trained peers, interns and registrars were regarded as pillars of strength.

The challenges Donda encountered during her study included getting hold of students for interviews, adjusting methods according to interviewees’ preferences like using found photovoice instead of taking pictures and conducting individual rather than group interviews.

‘I am excited. I would like to contribute to social cohesion that involves the coexistence of health and education to improve the quality of life of all in South Africa,’ she said.

Born in Imbali, Pietermaritzburg and raised in KwaMashu, Donda is grateful to be celebrating her achievement with her supportive family, her dad who is 79 and still going strong, her brother Ayanda, his wife Palesa, and her niece Ubuntu and nephew Masikamahle.