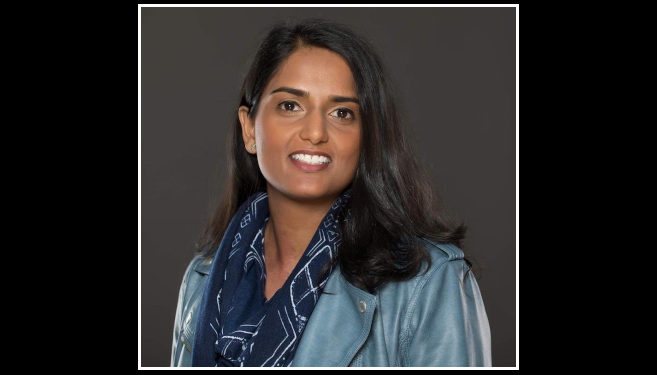 A study by UKZN’s Dr Thejini Naidoo, a Psychiatry Registrar based at King Edward VIII Hospital, found a high prevalence of burnout, anxiety and depression amongst medical doctors in KwaZulu-Natal (KZN).

The study, which was conducted in five public sector training hospitals in KZN, formed part of her Masters of Medicine specialising in Psychiatry.

Naidoo who hails from Tongaat, is passionate about assisting her colleagues through support programmes aimed at improving their well-being, which she notes is an often neglected aspect of health. Of the 150 participants in the study, 88 screened positive for burnout indicated by emotional exhaustion or depersonalisation. A fifth also screened positive for anxiety and depressive symptoms.

Previous studies have indicated that high rates of burnout exist amongst medical doctors in South Africa. A cross-sectional study in the Western Cape in 2011 found that all the participants practicing as junior doctors experienced a high degree of burnout. A 2013 study in the same province found that 76% of doctors suffered burnout, with high levels of burnout also reported in Gauteng and Bloemfontein. Naidoo’s study concluded that younger doctors were more vulnerable to burnout whilst older ones were more likely to experience anxiety and depressive symptoms.

Organisational factors found to contribute to burnout included a lack of clinical supervisor support and hospital resources, particularly in resource constrained training hospitals. Naidoo found that burnout comprised of three components, namely, emotional exhaustion, depersonalisation and personal incompetence. Emotional exhaustion manifested in long periods of emotional and physical fatigue, while depersonalisation referred to feelings of negativity and detachment from the job. Personal incompetence was experienced by those that had feelings of incompetence and a lack of achievement at work.

Naidoo said, ‘All these factors can have a negative impact on patient care and pose increased risk for psychiatric co-morbidities such as suicide, anxiety and depression. I would recommend that the Department of Health investigates the prevalence of burnout and implements evidence-based strategies. At the individual level, doctors should embrace mindfulness, stress management, exercise, communication skills training and participation in small group programmes oriented around promoting and building a community. At the organisational level, measures should be put in place to reduce working hours and the workload, and improve institutional support and advocacy for peer support with a focus on junior doctors.’

Naidoo was supervised by UKZN’s Dr Saeeda Paruk (psychiatrist) and Dr Mitsuaki Tomita (epidemiologist). She is married with one child and enjoys gym, and art. ‘Despite my hectic work load and studies, I continue to strive to be the best mom and wife that I can be by prioritising and spending quality time with my family.’