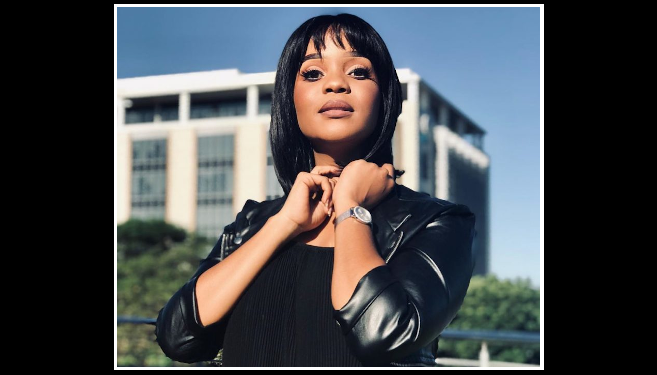 Apart from being a full-time student, Xaba is a radio jock on East Coast Radio, and made her debut in Uzalo as Sphilile, a possible partner for Gabisile’s son, Sibonelo, a handsome doctor in KwaMashu.

‘It happened by accident. I was auditioning for another role, and I guess they saw this character as a better fit for me. I’m so humbled and blessed to be on the show. When I look back at my journey from Idols to My Kitchen Rules to East Coast Radio and now Uzalo, it all feels surreal,’ she said.

Xaba compared her own character to that of Sphilile, saying that the latter is more confident when it comes to relationships. ‘Unlike me, she’s confident when it comes to relationships. Sphilile was put up against two other potential women, but she won the heart of her potential mother-in-law. She comes from a good family and is very humble. However, as I played her character, I realised that there is more to her. She is very mysterious and in time viewers will get to know her better. I’m still trying to figure out if she’s really in it for love or money,’ she said.

Xaba has always been a fan of Uzalo. ‘It has moulded so many careers and to be part of the leading daily drama in the country is a huge success for me,’ she said.