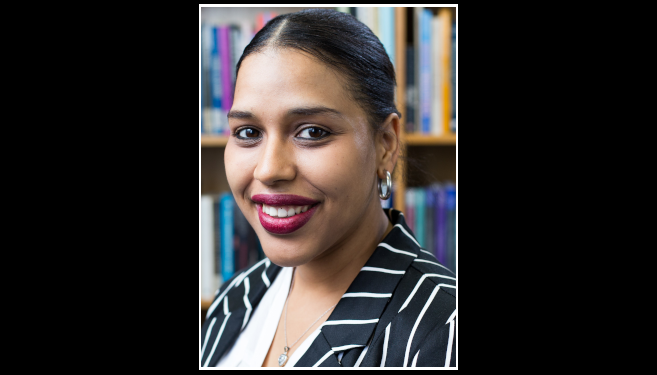 Ms Shannon Landers, PhD candidate in the Centre for Communication, Media and Society.

The Politics and Representation of Afro-Textured Hair

When my first-year students started posting the controversial images from the TRESemmé/ Clicks advert on our WhatsApp group, I was aghast because I could not understand how such a tone-deaf campaign, rooted in racist and derogatory discourses about afro-textured hair, could be made public. While the focus of this debacle has largely been on the lack of diversity and transformation in the advertising industry, this is a far more complex issue entrenched in systems of representation and identity.

Representation connects meaning and language to culture. It involves using language - signs and images - to represent people and things. Meaning depends on the relationship between things in the world (people, objects and events) and our mental representations of them. This is how we come to construct the social world we inhabit. Representation becomes problematic when systems are designed to construct dominance and subordination among different groups in any given culture or society. The result is that dominant forms of representation become internalised as normative practice, thereby promoting unconscious bias.

Black hair has always been political. In the Americas, the physical violence of the “comb test” was administered on African slaves to determine privilege. Lighter skinned slaves with “less” kinky hair received better treatment than slaves with “typical” African features. A similar process was adopted in South Africa, during apartheid, where the “pencil test” was administered to determine race and privilege.

The cultural and symbolic assault on afro-textured hair has spawned a lucrative industry patronised by many Black women who spend a fortune on chemicals, weaves and wigs to attain a “preferred” hair texture. The trauma from these violent experiences has impacted the relationship Black women have with their hair, across the world.

The circulation of images that perpetuate unconscious bias about hair, like the TRESemmé/Clicks advert, is inherently violent because it tacitly promotes ideas embedded in racist colonial and apartheid ideas that Black hair is “bad” and undesirable. The negative connotations of afro-textured hair being wild, unprofessional and militant have denied Black women the ability to nurture and love their hair. This violence is further entrenched when White women callously appropriate afro-textured hairstyles for fashion and beauty fads because this act explicitly exploits the trauma of a subordinated group of people for selfish gain.

However, the natural hair movement has grown in recent years. Black women have used social media platforms to promote natural hair products, while encouraging women with afro-textured hair to embrace their kinks and curls. The endorsement of this movement has resulted in some retail outlets selling organic natural hair products. This indicates a slight change in the perception of afro-textured hair by Black female consumers, although it is acknowledged that much more needs to be done to change the way this hair texture is represented in mainstream media.

The Clicks debacle is a teachable moment. The first lesson is that the advertising industry - in South Africa - is in desperate need of redress and meaningful transformation. Diversity is not only the presence of Black people in corporate spaces, it includes meaningful participation and representation of diverse voices in these spaces. The second lesson is the purchasing power of Black consumers. We need to realise the power we have, as Black consumers, to hold corporate companies accountable for their irresponsible behaviour. The decision of many retail outlets to pull TRESemmé products off their shelves; is evidence that collective action is meaningful. But, correcting flawed representation in the hair and beauty industry requires a multi-layered approach. The entire supply chain needs to be audited from production to product placement and the subsequent advertising campaigns.

Representation is fundamental in forming our perception of people, events and objects in the world. It is an active process of engagement, learning and unlearning ways of being. Although diversity is a starting point for changing representational systems, it is acknowledged that constant education is required to uproot biased, unsubstantiated prejudices in our culture and society.

Ms Shannon Landers is a PhD candidate in the Centre for Communication, Media and Society (CCMS) at UKZN. She specialises in the fields of representation and identity, with a focus on the role of soft power in media images. She currently lectures production course at AFDA: School of the Creative Arts. Outside academia, she is an environmental justice activist, who dedicates her time lobbying for the rights and recognition of communities in south Durban.