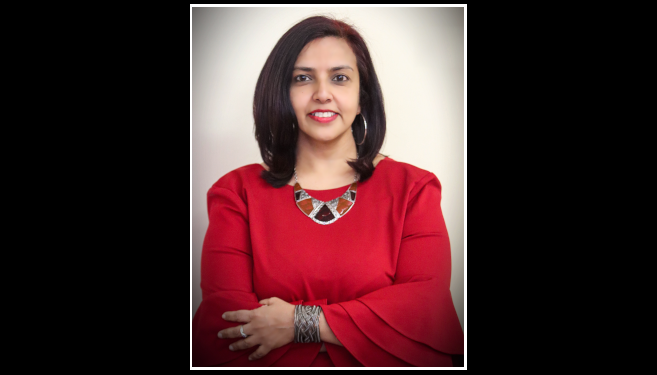 Heritage Making and Unmaking: The Art (and sometimes Farce) of it All

Heritage, in all its slippery and contested incarnate forms, has been identified as being legacy from the past. Whatever it alludes to, and for whomever it holds that significance, it is also though, meant to straddle time and space, and endure into the future.

The global neo-imperialist gaze seems however, obstinately and obscenely hung up on re-ordering and repackaging certain kinds of heritage, before accepting these for Western consumption. It is almost as if “heritage” is unpalatable and cannot be digested, before it is tortured into a form and shape that meets Western consumption-ist and consumerist perception and acceptance. This is especially true for artefacts and objects deemed traditional (sic) or indigenous, and this is sometimes no less true for people seen as traditional or indigenous.

However, there is perhaps no greater intangible heritage than human capital and human worth through those who have passed, and dwell in the realm of the ancestors, and in those who still walk the earth, but who take immense strides and leave profoundly deep footprints. Yet these too are not free of the Western gaze.

To signpost what I am meaning I want to cite two archetypical examples through the heuristic device of indigenous African bones and African body.

I will name archetypal example one as “Bones and Fossils” as we travel notionally to Sterkfontein in Gauteng. Sterkfontein, declared a UNESCO Heritage site in 1999, is one of the world’s leading paleo-anthropological sites. It holds evidence of early human life and points to parts of southern Africa (alongside East Africa) as cradles of early humankind, humanity, civilisation and of “culture” as learned behaviour. Spurred on by my then five-year-old son, who drank up all things archaeological, I recall both of us in our jaw-dropping awe after a paleo-anthropology conference at WITS, when the scientist who discovered the world-famous hominid “Little Foot”, personally escorted the conference group into one of the normally “off limits” excavation sites. “Little Foot” is the nickname given to the Australopithecus fossil skeleton discovered in 1994 by Ron Clarke.

I felt instant elevation to “cool mom” in the eyes of my son (who accompanied me to many conferences so I could be both mom and academic), when Professor Clarke pointed out where he had stumbled upon the famous bones in the African earth. Fast forward a day, post conference, and the ubiquitous trip to the nearby Maropeng Visitor Centre which works as an educational and tourist centre to showcase the remarkable findings at Sterkfontein. The visitor centre is housed inside an immense constructed tumulus or burial mound. At first glance, the building is aesthetically arresting, colossal and impressive. Architecturally, the building seems to be paying design homage to the bones of the African ancestors that graced the early savannahs. However, the tumulus is a burial mound found in Europe and not traditionally in Africa as such. It is thus an affront to have the narratives and visitor centre which is meant to showcase significant hominid fossils excavated on African soil, housed in a building that is in architectural vernacular and vocabulary, quintessentially European.

Archetypal example two I will name as “Bones and Body” and for this we travel through intersectional space, to the village of Ga-Masehlong, Moletjie in Limpopo, the home of the athletic gold medallist Caster Semenya. Semenya is national heritage, human capital of value and worth who triumphs through her prowess on the athletics track. Thrust into well-deserved limelight after her incredible Olympic win, she was however, again thrust into the glaring gaze of the International Amateur Athletic Federation or IAAF based in Monaco (literally a world apart from Ga-Mashelong), who banned her from competition on the grounds of her gender ambiguity, as they termed it. Here again it is the machinery of the western gaze, first experienced as the Victorian white gaze on black (and brown) bodies, that seeks to constrain and restrain and ban from competition a Black African body that does not align with conventional and easily/neatly discerned gender different and exceptional black body. The Ugandan scholar Sylvia Tamale refers to this as “gender panic” of the West that failed, as did early anthropologists, to acknowledge the complexity of African and other non-White societies for their worldviews of gender fluidity. She points out that historically, non-White female athletes have been disproportionately targeted when it comes to “sex verification” testing by the IAAF.

Invasive tests imposed by the IAAF shouted to the world that Semenya had an “an intersex condition that left her without a uterus or ovaries” and “producing androgens at three times the typical level for females.” However, she was assigned by her family a female identity, raised as a Black African female and most importantly, self identifies as a female. However, taxonomies and classifications were being used to map the legitimate male and female body in a bid to, as the IAAF stated, protect the integrity of female athletes’, as they claimed that she had an unfair advantage. While Semenya was widely celebrated by the South African community, international public media painted her as a “freak” with an unfair or monstrous athletic advantage.

The problem with all of this is that any “body”, and perhaps more especially any Black body, that deviates from what is seen as the norm or so called normal is, as Sylvia Tamale puts it, a “body in doubt”. This kind of suspicion completely ignores African indigenous ‘arrangements and understandings of gender which were more pluralistic, elastic and accommodating’. Scholars working in different African societies point out examples of more than two genders, and many contemporary anthropologists worth their salt would point out that African indigenous cosmologies and ontology is not bound or meant to be shaped by western Cartesian dualisms or neat bio-social binaries such as only one kind of male and one kind of female.

Now you may say that the Athletics Federation was simply trying to level the field and make it fair for all the other female athletes. However, many who have scrutinised the history of the unfolding legal case, note that the Federation appeared to enforce legal adherence to a disproportionately higher number of non-White athletes. The Federation in turn demanded that Semenya take testosterone reducing medication, before she could be accepted as female and allowed to compete. Scholars like Ifi Amadiume, in unveiling the heritage and richness of African indigenous worldviews, point out that “bio-logical” sex did not always correspond to ideological gender in African societies.

So the heritage story of the discoveries of Africa’s bones and fossils come to be housed in a European burial mound-style building for the visitor and visiting eye. And the heritage body of Olympic athlete Caster Semenya is compelled to be housed within a medical discourse that styles a particular kind of female body. But these are our African heritages that point to the past and the future, and should not need to be repackaged for western “consumption” and acceptability. These are the heritage legacies that we need to collectively protect from western gaze and control. And as manifested in the life and history of Sarah Baartman, only recently returned to Africa; bones, body and history are all entangled and melded together and need to rest in their heritage birth space to be understood as legacies in their own terms.

As a mother, I am profoundly glad that my son is aware that African bones are not merely bones (fossils) excavated from the earth but bones (people) to be excavated from history, and to be both carried into the future.

Professor Maheshvari Naidu is a Full Professor in Anthropology and Academic Leader of Research in UKZN’s School of Social Sciences.

(Appeared as an op-ed in The Sunday Tribune)