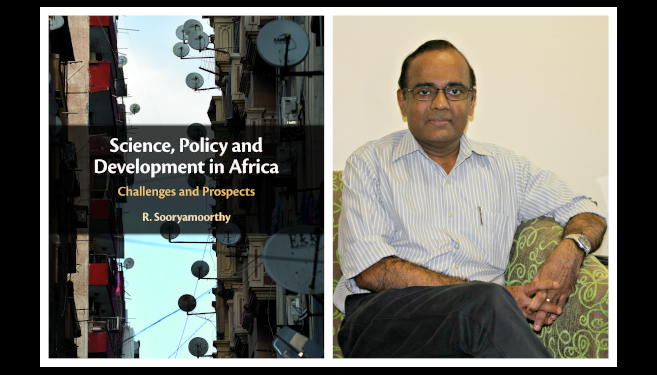 Sociologist Publishes Book on Status of Science in Africa

The book provides a comprehensive study of science in both colonial and post-colonial Africa and provides an in-depth understanding of the connection between the production of science and the development of society. Cutting across disciplines in science and social sciences, this multidisciplinary work highlights the potential and challenges for Africa in science, technology, policy and development.

‘We know very little about the state of science and the current modes of the production of knowledge in Africa,’ said Soorymoorthy. ‘Generally and historically, sociological studies of the sciences have been focused on North American and European countries, largely due to their contributions to science. There are studies on science in various African countries but not in Africa as a whole. They are individual and independent studies, mostly written in the form of reports, collected and compiled by agencies or scholars. They concentrate on only a few countries and for a specific period, and thus do not provide a comprehensive account of the science that is being generated and used in Africa.’

Sooryamoorthy highlights the connections between science, policy and development in African nations, focusing on understanding the widening gap in science and the technology between developed and developing regions as well as the integration (or lack of) with national development strategies.

In a review of the book, UKZN’s Professor Ruth Teer-Tomaselli said: ‘Sooryamoorthy’s style is fluid and engaging. He has mastered the art of translating high-end technological advances into an accessible and meaningful narrative, providing a broad sweep covering the production of scientific knowledge and its relationship to the development, economic growth and sovereignty of the African continent. A great read!’

The book is available for purchase online from Cambridge University Press and all major online bookstores such as Amazon, Google Books and Barnes and Noble. http://www.cambridgeblog.org/2020/09/playing-with-science-studying-africa.