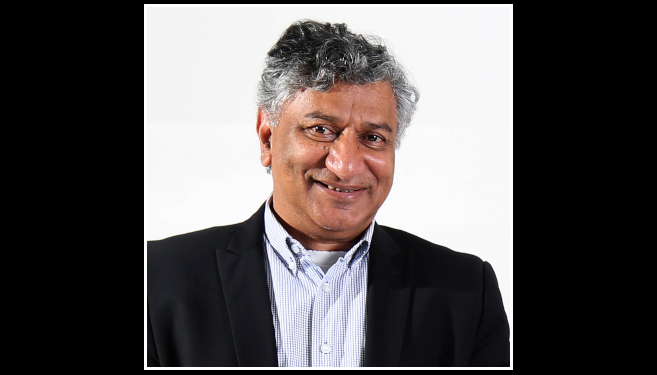 Accomplished playwright and cultural administrator Dr Ismail Mahomed is the new Director of UKZN’s Centre for Creative Arts (CCA) in the College of Humanities.

With more than 30 years of experience in the performing arts sector, Mahomed says he is thrilled to join UKZN and looks forward to working with University management and the team at the CCA to strengthen the four festivals and to re-envision the role that both the festivals and the Centre play in strengthening a cultural economy in KwaZulu-Natal.

Mahomed intends focusing on strengthening the CCA’s network, building capacity and opportunities within the Centre and to present forums through which the CCA plays a facilitating and leadership role in how culture can advance social development and inspire new artistic practices.

‘The COVID-19 pandemic has impacted severely on the artistic practice and livelihoods of artists across the globe,’ said Mahomed. ‘Some of the immediate concerns we will need to focus on are how the connections between artists, audiences, cultural spaces and funders need to be re-imagined. During this challenging time when the physical assembly of audiences and artists is restricted, the festivals need to focus on alternative ways of curating ideas and creativity. The festivals will also have to note the social disparities in our society where access to data can either limit or inhibit the access to online arts experiences. We will need to re-imagine beyond just working in online spaces.’

During his tenure as CEO of the Market Theatre Foundation, he used his strategic vision and well-grounded management skills to grow the Theatre’s box office, its attraction as a venue to hire and broadened its sponsorship base. He also introduced a series of international collaborations, residencies and exchanges.

As an accomplished playwright, his work has been staged in South Africa, Chile, Denmark, Germany and in the United States.

Mahomed - a finalist in both the Amstel Playwright of the Year Competition and the PANSA Playwrights Competition - holds an award for theatrical excellence presented to him by the South African Institute for Theatre Technology. In 2006, the Arts and Culture Trust honoured him with the Arts Administrator of the Year Award, while his theatre-in-education project Newsblitz! was a winner of the Caxton Media in Education award.

A regular contributor to various publications during his tenure as Artistic Director for the National Arts Festival, he wrote a weekly column in The Herald newspaper and served as a regular adjudicator for various forums, including the annual Business and Arts South Africa Awards, the Naledi Theatre Awards and the FEDA Festival.

The Makhanda Chapter of Rotary International presented him with the Paul Harris Fellowship Award for the impressive way he has contributed to the growth and internationalisation of the National Arts Festival, which awarded him the Standard Bank Standing Ovation Award in recognition of his visionary contribution to the artistic growth of the event.

Mahomed, who holds the Chevalier le Ordre des Lettres et Arts Award (Knight of the Order of Arts & Literature Award) from the French government, received an honorary doctorate from the Tshwane University of Technology.