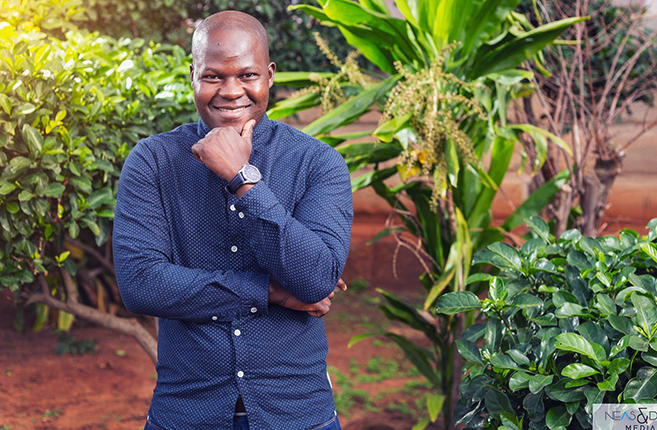 The subject of the research by 29-year-old doctoral graduate, Dr Tigere Muringa of UKZN’s Centre for Communication, Media and Society (CCMS) was: News coverage in online press titles during the ANC elective conference of December 2017.

His passion for education led him to enrol for a PhD, which he completed in two years.

Drawing inspiration from his experience as a news editor at University Press (a company he founded) and as a researcher at Muringa et al. Researchers, he developed a profound research interest in the field of media presentation and of women political leaders in South Africa.  Through his professional and personal experience, Muringa explored media presentation and framing political leaders in South Africa for his doctoral research.

His study examined the frames used by News24 and Independent Online to legitimise or delegitimise political leaders during their reporting of the ANC’s 54th National Congress, with special focus on the leadership and political qualities of Dlamini-Zuma and Ramaphosa.

Muringa said the study revealed that Dlamini-Zuma was ‘incessantly vilified and her leadership and political qualities recurrently delegitimized. What was more striking from the findings was the difference in how the two leaders were portrayed. Ramaphosa was presented as a saint and statesman, while almost the opposite applied to Dlamini-Zuma.’

Overall, his study contributes to the body of knowledge by confirming how the press is able to evoke cultural discourses when reporting on political candidates to remind readers and allow them to interpret issues and topics using culturally constructed reality as a frame of reference.

Muringa is grateful to his supervisor Professor Donal McCracken and the team at CCMS for their unwavering support. He also thanked the funders of the seven different scholarships he was awarded during his academic journey.

Muringa is pursuing his career as a researcher and journalist. He is a researcher in his own company Muringa et al Researchers and is currently in the process of establishing a KZN-based online University newspaper. He will take up his post-doctoral fellowship in June 2020.