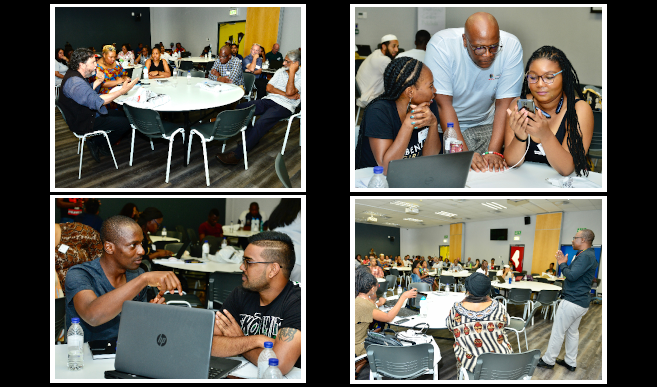 Highlights from the Summer School hosted by the College of Humanities.

The Summer School is part of a series of lectures, seminars and workshops under UKZN’s Social Cohesion Flagship (SCF) programme aimed at capacity building in the areas of theory, research methodology and academic/scientific writing.

At the forefront of the Summer School venture are School of Education academics Dr Saajidha Sader and Professor Relebohile Moletsane.

The Summer School is part of a larger intellectual and political initiative generally referred to as the modernity/ (de)coloniality research project. It is offered in collaboration with the Centre of Study and Investigation for Decolonial Dialogues (CSIDD) in Barcelona, Spain.

Deputy Vice-Chancellor and Head of UKZN’s College of Humanities Professor Nhlanhla Mkhize said: ‘Decoloniality is an integral aspect of the University. We need to decolonise knowledge in its entirety and not limit it to the Humanities and Social Sciences. We plan to integrate the decoloniality aspect into the doctoral programme.’

Professor Ramon Grosfoguel of the CSIDD added: ‘We must decolonise power and knowledge and have critical conversations to move universities to pluraversities.

He explained, ‘An underlying assumption of the project takes knowledge-making, since the European Renaissance, as a fundamental aspect of “coloniality” – the process of domination and exploitation of the Capitalist/Patriarchal/Imperial Western Metropolis over the rest of the world,’ he said. Decolonising knowledge and power becomes, then, a task and a process of liberation from assumed principles of knowledge and understanding of how the world is and should be, as well as from forms of organising the economy and political authority.’

According to Sader, the Summer School, which brings together local and international decoloniality/anti-coloniality scholars, aims to advance the scope of the dialogue on decoloniality/ decolonisation in the sphere of knowledge and Higher Education.