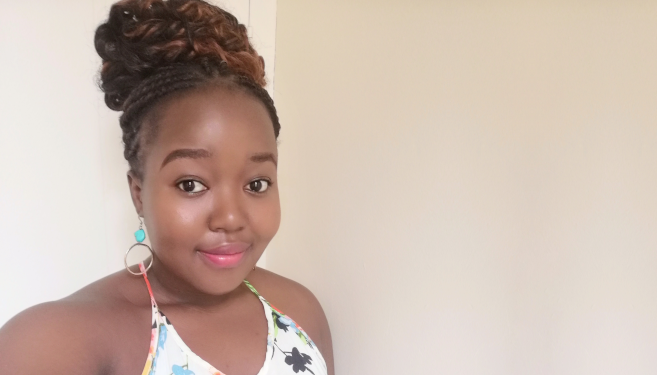 UKZN student, Ms Anne Chisa, who recently completed her Master’s of Science in Agriculture degree specialising in Crop Science, has joined a new initiative aimed at increasing the visibility of Africans working in Science, Technology, Engineering, and Mathematics (STEM).

The Visibility STEM Africa (VSA) initiative was founded by PhD candidates, Ms Nathasia Muwanigwa and Ms Nataša Lazarevic, who both grew up in Botswana. They are joined by Chisa and Zimbabwean health practitioner Ms Prue Chitekwe, who are correspondents for the VSA.

The VSA amplifies the voices of Africans working in STEM fields and contributing to modern life. Highlighting the achievements and efforts of diverse African contributors, they hope to create a new narrative concerning Africa’s position in the global STEM landscape. They promote collaboration, inspire the next generation of young Africans through mentorship, disseminate information about studying in STEM or pursuing careers in the field, and create outreach projects to promote careers in STEM.

Chisa, the group’s resident blogger, became involved after seeing a tweet from Muwanigwa about considering the founding of such a group. Chisa had noticed the need for a platform to promote the visibility of Africans in STEM, and offered to contribute. The Malawian-born student is currently doing a blog series for VSA about studying in South Africa as an African, wherein she describes her experiences as a student and why she chose to study in South Africa. The blog will delve into crucial information non-local students need to know, social and cultural experiences of her own journey, and perspectives of other international students studying in South Africa.

Chisa, who is keen to use this experience to expand her skills in science communication, highlighted the blog’s importance in hosting posts relating to personal experiences or scientific research.

Chisa was inspired to pursue studies in agricultural science after a family friend who was an agricultural engineer advised her on career choices, and by her mother’s passion for gardening and growing her own vegetables. Her love for Geography and Biology also led her to this field, however she says even she had misconceptions about a career in STEM, picturing white coats, laboratories and teaching. Her perspectives broadened after joining UKZN alumnus, Ms Ndoni Mcunu’s Black Women in Science organisation last year. Observing Mcunu, Chisa realised the networking and empowerment opportunities available to people working in STEM, encouraging her to join VSA.

‘The great thing about VSA is that it allows the current and upcoming generation of Africans in STEM to see visible role models who can inspire them to achieve so many great things,’ said Chisa.

Chisa recently completed her master’s thesis on the topic of screening improved short and medium duration pigeon pea genotypes for yield performance inKwaZulu-Natal under the supervision of Professor Paramu Mafongoya and Dr Alfred Odindo. She thanked her supervisors for their mentorship, and said she plans to continue to PhD studies in which she will adopt an interdisciplinary, sustainable science approach combining the natural and social sciences. She dreams of a career where she can combine her love of science, writing, interacting and helping people.

VSA, active on social media platforms including Facebook, Twitter, LinkedIn and Instagram, invites the contributions of Africans working in STEM through joining the VSA network and sharing personal stories.