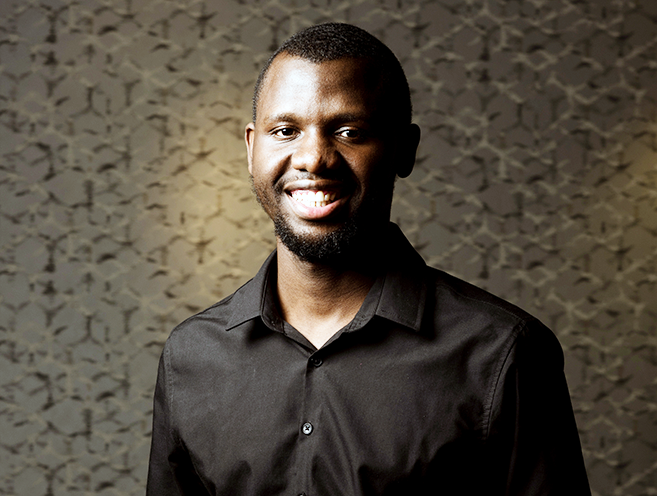 Cele, who attended Menzi High School in Umlazi, Durban, said choosing to study Computer Science and IT was in line with his life-long fascination with the workings of computers. A keen gamer, Cele hinted that he is a formidable opponent in the PLAYERUNKNOWN’S BATTLEGROUNDS mobile game!

He enrolled at UKZN because he believes it is among the best Higher Education Institutions in the country for the course he chose.

Cele said studying at UKZN had been an enjoyable experience as his lecturers made his course content engaging and fun to learn through initiatives such as programming competitions and a pizza and coding fest. He thanked them for their efforts to make the course content interesting and practical.

Maintaining a healthy balance between work and “play” made time as a student even more enjoyable, and Cele said his three years at UKZN flew by.

Cele, who is keen to help others, said he was motivated to work well consistently because of his goal of assisting his family to improve their lifestyle.

Cele advised other students to engage in self-reflection to confirm to themselves why they are studying, planning for the work they are doing, and aiming for consistency.

He explained his recipe for success: ‘If there’s going to be a soccer match there’s the preview in which the game is analysed before it starts, then there’s the live engagement when the game is on, and finally the post-game analysis where everything that happened is broken down in detail.’ said Cele. ‘I approached my studies in this fashion and made a personal time-table and stuck to it.’

Cele, who is on First National Bank’s graduate programme to help him gain industry experience, hopes to further his studies in the future.

He thanked his family and friends for their patience and support during his studies, and also those who had assisted him along the way.