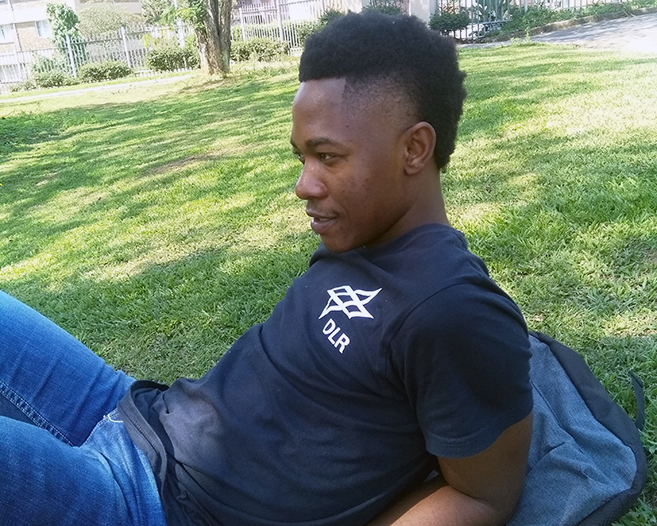 Makurumure first encountered IT in his Grade 10 year at Alexandra High School in Pietermaritzburg, at first simply doing it as a seventh subject but growing to love the problem-solving aspect and its use as a tool to apply solutions.

Having decided on a university close to home that offered the majors he wanted, Makurumure enrolled at UKZN but funding was a significant challenge and he was unsure how he would pay for his studies as his family could not afford it and he had no external income.

In his first year, he applied for and was granted an entrant merit scholarship from UKZN in recognition of his five distinctions in his matric year. Being placed among the top five performing students in the College of Agriculture, Engineering and Science in his first year earned Makurumure a Malegapuru William Makgoba Scholarship for the remainder of his undergraduate studies.

Makurumure said it was his parents who motivated him to do well as a student. ‘They believed in me, and in return I believed in myself and wanted to succeed. My folks also taught me not to aim for average.’

His advice to students was to work hard because in the end, the effort pays off.

Makurumure says lecturers at UKZN are well informed and experienced, and he enjoyed learning from them and receiving mentorship in his growth as a computer science student. He also mentored younger students following him.

Makurumure is doing his honours degree and also working as a junior systems developer at the KwaZulu-Natal Department of Health. He hopes to progress to a career as a data scientist.

He thanked his parents for their belief in him that saw him through his studies, and also his friends and lecturers, particularly Mrs Rosanne Els who, he says, saw his potential and encouraged him to do even better than he thought he could.