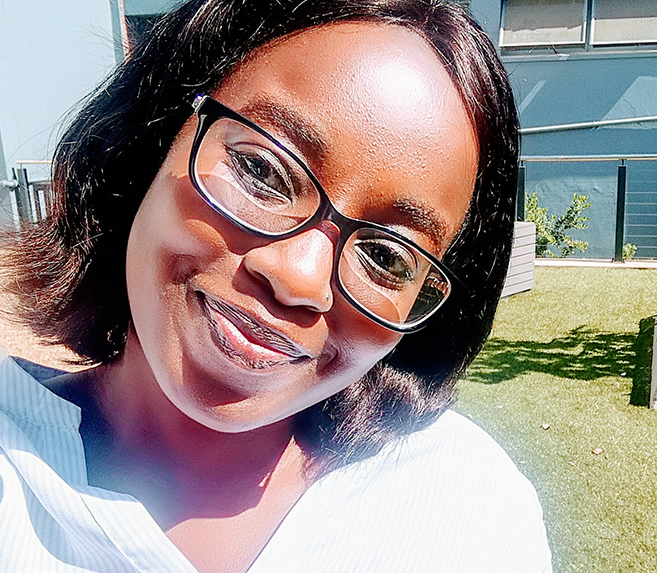 A bursary from a South African construction company enabled a young woman to complete her final year of a Civil Engineering degree at UKZN and graduate.

Ms Nozwelo Ndlovu won the bursary from Wilson Bayly Holmes-Ovcon (WBHO), which is the holding company for a group of companies operating in several sectors including building contracting, civil engineering, roads and earthworks.

Ndlovu was initially interested in studying medicine, but when a delay occurred in her being accepted she remembered hearing at school about careers in engineering, a field which attracts relatively few women to its ranks.

Ndlovu registered for Civil Engineering at UKZN, but initially felt out of her comfort zone as the course was demanding and required considerable focus and good time management – big challenges for her when it came to balancing her social and academic life.

Nevertheless, she stayed the course and soon found it stimulating which made it easier to study. She enjoyed learning about the many aspects that could be further explored or specialised in.

‘Civil Engineering gives a bigger picture of what is happening in the world and how people working in that field are changing the world through daily things we take for granted, like running water and pipe networks,’ she said.

Ndlovu, the daughter of academic administrative officer in the College of Agriculture, Engineering and Science Mrs Loveness Ndlovu, was due to finalise her studies in 2018, however she had to stay on to complete two modules.

With funding she had only covering four years, Ndlovu was left without resources to complete the modules causing her considerable anxiety.

WBHO came to her rescue awarding her a bursary to cover her tuition and accommodation for her final year.

Ndlovu now works for WBHO as a site engineer, helping with the running and productivity of sites that the company is working on. She is enjoying the opportunity to gain knowledge and cultivate her engineering skills, and hopes to progress, from site agent to perhaps, in the future, a director of her own company!

A career-oriented person, Ndlovu is motivated by being excellent at what she does, while also thinking about how she may have to one day balance her career with a family life.

Ndlovu is also considering pursuing further studies alongside her professional development, possibly doing a Master of Business Administration or a Master’s degree in Engineering.

Ndlovu thanked her parents for their constant support and encouragement, and also members in the Discipline of Civil Engineering, her peers, friends and, most of all, God, for the motivation to persevere.

She encouraged anyone pursuing a career in Civil Engineering to be persistent, and to learn from their mistakes and to persevere when they encountered failure.