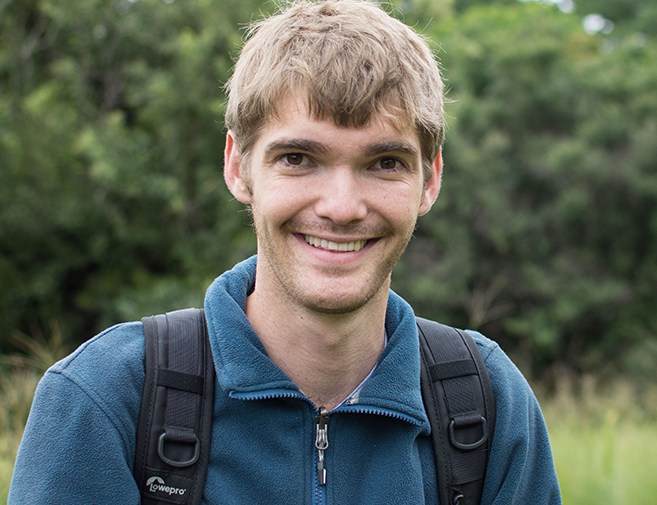 ‘Many of our conservation and agricultural areas comprise grasslands which play a major role in supplying ecosystem services such as water purification and habitats for beneficial insects, including pollinators,’ said Demmer. ‘It’s important for us to think about the way in which stressors dramatically change how grasslands function as these ecosystems have far-reaching impacts.’

Demmer reviewed evidence from about 200 review articles detailing how different stressors interact with one another to influence various aspects of grassland functioning. To complement this analysis of trends in the literature, Demmer then examined how grassland stability changes following nutrient enrichment – a major side effect of intensive agriculture – across factors such as geography, climate, land use management and biodiversity to improve understanding of which grasslands are most sensitive to these factors.

Demmer found his work with large datasets interesting, particularly given his access to data from UKZN’s Ukulinga Research Farm long-term rangeland trials which have taken place over the past 70 years and more. Some experiments running at the site are part of international research networks, with the same trial being replicated in grasslands on other continents. He noted that no two grasslands responded in the same way, with some stressors being beneficial to grasslands in one location and detrimental to those in another. Demmer said he gained an entire new skillset through analysing these kinds of data.

While an undergraduate student, Demmer received a Malegapuru William Makgoba Scholarship, a College Deputy Vice-Chancellor’s Scholarship and the 50th Anniversary Award, while – during masters’ studies – he received a Mandela Rhodes Scholarship, an award he was humbled and privileged to receive. He said he was motivated by the opportunity to do research work and chose grassland science as rangeland ecosystems provided insights which could be applied to many different domains.

Demmer now hopes to find employment in the agricultural sector where he believes he can apply ecological knowledge to improve the environmental and economic sustainability of agriculture in South Africa.

Demmer thanked his fiancée, Ms Carmen Ortmann, for her continuous support and encouragement during his studies as well as Kirkman and Tedder for instilling in him a passion for research and understanding of the natural world.