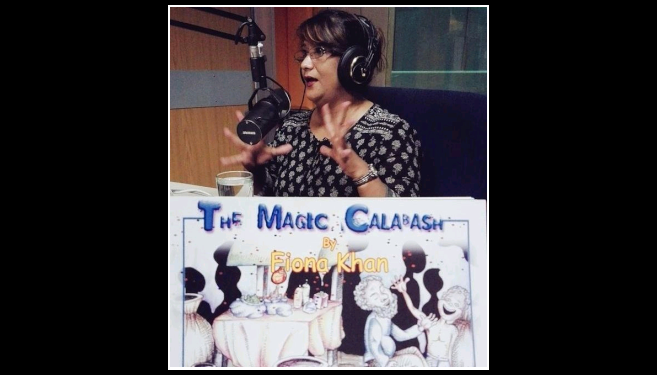 Master’s in Education student and accomplished author, Ms Fiona Khan, has been selected from 40 international authors for a prestigious one-month Writing Residency at Grondel’s House in Iceland. The residency will take place in October in Reykjavík, one of UNESCO’s Cities of Literature.

In co-operation with the Reykjavík International Children’s Literature Festival Mýrin, the 2020 residency is dedicated to children’s literature. The festival will run from 8 to 11 October and Khan will be one of the featured authors. She will be introduced to the literary and library sectors in the city and will meet readers and literary enthusiasts at the Mýrin festival.

Khan will use this time to focus on producing a comic book for children and middle graders about Reykjavík, while getting to know the city, Iceland and its culture and literature. The Reykjavík UNESCO City of Literature for marketing and tourism will use her piece.

Khan plans to translate one of her books into a Nordic or Icelandic language to promote UNESCO’s sustainable living goals and the indigenous languages of the various countries. As the founder of the Global Forum 4 Literacy, she aims to expand her vision and mission of #Learn2Read2Write and the #ReadingRocks campaign.

‘In my research and studies and as an educational practitioner, I have found that visual literacy in language and literacy assists with blending, code switching and in the multiple indigenous languages we speak in South Africa or anywhere in the world,’ said Khan. ‘The power of comic books is underestimated in promoting literacy and language skills. I strongly believe that a powerful character with a strong message can have positive impact on the Creative Cities Network literacy and language challenges and can be translated into any language of any country on the network.’

Khan has started with a premise and a concept piece. She will expand the idea into one of the global Challenges of Climate Change. ‘Our greatest challenge in South Africa is literacy. Comics can be easily accessed, are affordable and are widely distributed in South Africa, especially in rural areas and townships where there are no libraries. Comics also allow for ReadAloud and performance arts and graphics. The potential is exponential,’ she added.

Speaking about her expectations of the residency, Khan said, ‘I look forward to forging relations with the host country and exchanges of culture, history and traditions welded with new and refreshing ideas of the Fourth Industrial Revolution in writing, reading and publishing. I have never been on a residency and I look forward to this opportunity as a door to mentoring and coaching, training and development in Durban and the broader South Africa.’