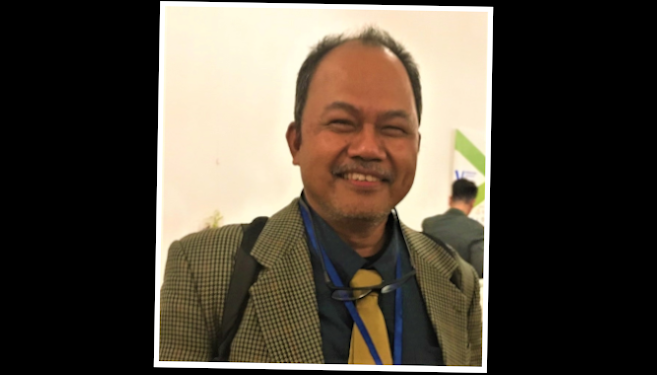 Professor Emmanuel John Carranza of Geological Sciences in the School of Agricultural, Earth and Environmental Sciences has been appointed Vice-President of the Association of Applied Geochemists (AAG).

Carranza has been a member of the AAG since 1991, when it was known as the Association of Exploration Geochemists, and has been a Fellow since 2009, and a Councillor for three one-year terms. As vice-president, a position he will hold for two calendar years, Carranza fills in for the AAG president when necessary, with his other duties prescribed by the president or council, chief of which currently is to work with the regional councillors of the association on the AAG’s Elements magazine.

Research in the field of geochemistry in South Africa is on the rise, with UKZN making a modest contribution. There is, however, scope for further development, for example in the employment of geochemistry in the field of environmental sciences as well as in geological sciences, and in further research in medical geology, which involves geochemistry. While there is no work underway in South Africa directly involving the AAG, its members pursue research in countries where they reside or countries where they conduct research.

On the research front, Carranza is currently working on two National Research Foundation-funded three-year projects involving the use of geochemical data. The projects are: Minute Mineral Maps: Ciphers to Hidden Prospects in Frontier Regions, and Spatial Analysis of Geothermal Resource Occurrence Controls and Prospectivity.

Carranza’s research contributes to the South African minerals industry’s adoption of GIS-based mineral prospectivity modelling in the search for future mineral resources to contribute to the country’s economy. He trains aspirant South African geologists in the field of mineral exploration, especially in GIS-based mineral prospectivity modelling, to enable them to contribute to securing future mineral resources to support mining.

Carranza became a full professor at UKZN in 2018, with his inaugural lecture being on the subject of his career development in mineral exploration, and including an explanation of the basic tools of mineral exploration and the GIS-based mineral systems approach to exploration targeting.

He has worked at the forefront of research in predictive modelling of mineral prospectivity, published a book titled: Geochemical Anomaly and Mineral Prospectivity Mapping in GIS, and edited 10 special/thematic articles in geoscience journals.