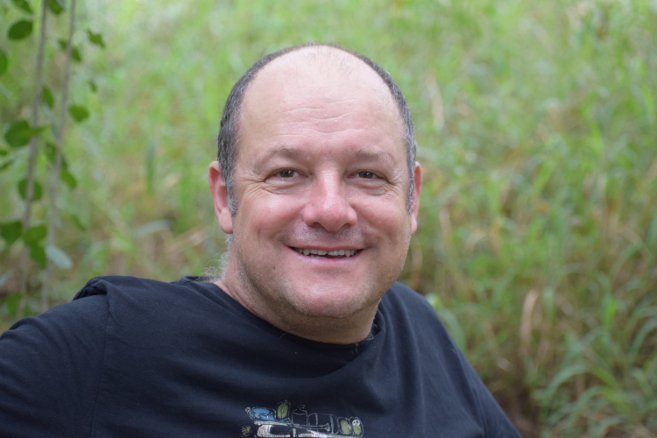 Professor Rob Slotow who has been appointed as Co-Chair of the IUCN African Elephant Specialist Group.

Professor Rob Slotow, a Professor in the School of Life Sciences on the Pietermaritzburg campus, has been appointed as Co-Chair of the International Union for Conservation of Nature (IUCN) African Elephant Specialist Group (AfESG).

The appointment, effective from 1 November 2018, was announced by the President of the IUCN Species Survival Commission (SSC) Dr Jon Paul Rodríguez. Slotow joins fellow co-chair Dr Ben Okita, who is with Save the Elephants in Nairobi, in leading the AfESG. The group undertakes important work in helping secure a future for African elephants by providing technical expertise and workable solutions around the conservation and management of these large mammals.

‘I wish Ben and Rob the best of luck in this new challenge and look forward to seeing them continue to advance the work of SSC on behalf of African elephant science and conservation,’ said Rodríguez.

Slotow, who joined UKZN in 1996, is renowned for his research in ecology, animal behaviour and conservation. He has supervised 35 Masters and 20 PhD students, published over 215 articles in peer-reviewed journals, 12 book chapters and one edited book. He obtained his Bachelor of Science and Honours degrees from Rhodes University and his Master of Science in Zoology from the former University of Natal. He completed his PhD in Biology at the University of California, going on to do postdoctoral work at the University of Tel Aviv in Israel and then in Pietermaritzburg.

His research has involved the development of strategies for the management of large mammals such as lions, elephants and rhinos, by paying attention to factors that affect biodiversity and conservation management. His depth of understanding of elephants’ behavioural ecology has translated into humane and effective conservation management, and has enabled him to advise policy-makers on evidence-based best-practice management of elephants and other large mammals.

He served as Deputy Vice-Chancellor of the College of Agriculture, Engineering and Science (CAES), and then as DVC for the College of Health Sciences at UKZN. He was recently appointed Pro-Vice-Chancellor of the African Cities of the Future Research Flagship, which will tackle challenges facing African cities by bringing together UKZN researchers to work closely with local and national government to find sustainable solutions.

Slotow has also been heavily involved in the Durban Research Action Partnership (D’RAP) where he worked to provide data for the management of an urban biodiversity hotspot, and in an international, collaborative team investigating illegal wildlife trade by exploring innovative approaches to inform global conservation policy.

Slotow is a Fellow of UKZN, the recipient of the Vice-Chancellor’s Award for Outstanding Research, is a Member of the Academy of Science of South Africa, and has served on the National Research Foundation’s Grant Evaluation Panels eight times.

‘We wish Dr Okita and Professor Slotow the very best in their new roles and look forward to working with them as we continue to forge solutions for elephants in Africa,’ said a statement from Save the Elephants.

‘I am sure this voluntary position on an important committee that advises on the international conservation issues around elephants will add to the international reputation and profile of UKZN,’ said Professor Albert Modi, Deputy Vice-Chancellor of CAES, who congratulated Slotow and expressed pride on behalf of the CAES and UKZN fraternity.