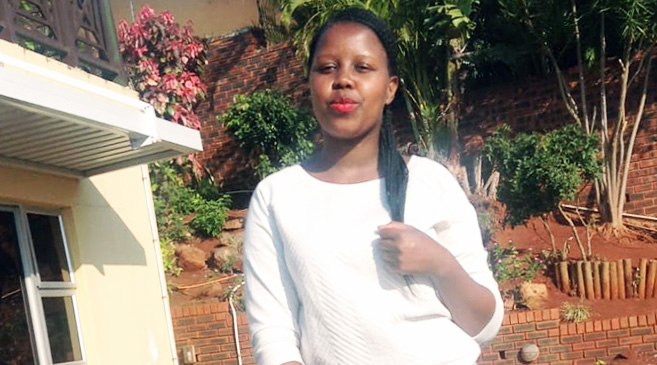 Being a top performing Black African female entrant coming into the University of KwaZulu-Natal as a new undergraduate student has led Ms Wendy Ntunja, a first-year student in Electrical Engineering, to receive one of the Frene Ginwala Scholarships.

The Frene Ginwala Scholarships-awarded according to the aforementioned criteria-are named after Ginwala who was the first Chancellor of the University of KwaZulu-Natal and former speaker of Parliament.

Ecstatic about being one of the few students to receive this prestigious award, Ntunja described UKZN as one of the best universities in the country which is motivated her to study here. ‘UKZN produces graduates that are not only informed, but also know how to deal and cope under pressure and as an engineer, it is important to have those skills,’ she said.

Ntunja thanked her grandmother for pushing her to work hard and considers her a role model. ‘She is a strong, God fearing woman and raised me as such. Although she is not educated, she strongly believes in education,’ she said.

Ntunja thanked her scholarship funders for recognising her hard work.