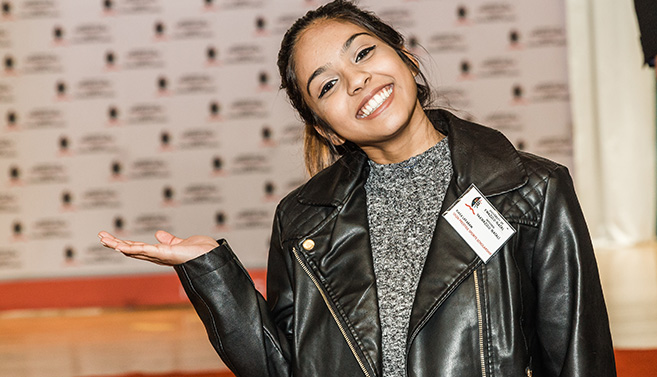 Karate champion Ms Kiara Lakaram was awarded a UKZN Prestige Sport Scholarship for her outstanding achievement in the sport at an international, national and provincial level. The first-year Business Science student and seasoned Proteas athlete’s highlights include being captain of the University Sports South Africa female karate all styles team at the World University Games held in Japan in July and making the top five of the SKIF Karate World Cup held in Australia 2012 and again when they were held in Indonesia in 2016.

‘I have been a sport enthusiast from a young age and I did every single sport under the sun but karate was dear to me because it was something my dad and I did together. He taught me from a young age until I officially joined a club. Over time I became really committed to karate and I started competing at provincial and national level,’ said Lakaram.

Although Lakaram admits that balancing the demands of her sporting career and her academic career has been challenging but she also has no plans of slowing down either as she plans to use this scholarship to fund her studies which also include pursuing an MBA in the future thus freeing her tuition savings to invest in her sport.

‘Karate is a time consuming sport, but so is any sport if you are really passionate about it and go really far into it. It can be difficult balancing Karate and my academics but I’ve learnt to manage my time well from a very young age. I’ve had to make time to do my training and get my assignments done on time. This scholarship means a lot to me as it allows me to use that saved up money to invest in karate and travel globally as part of the national team. It also gives me the opportunity to follow my passion for karate and bring pride to the country I represent,’ she said.