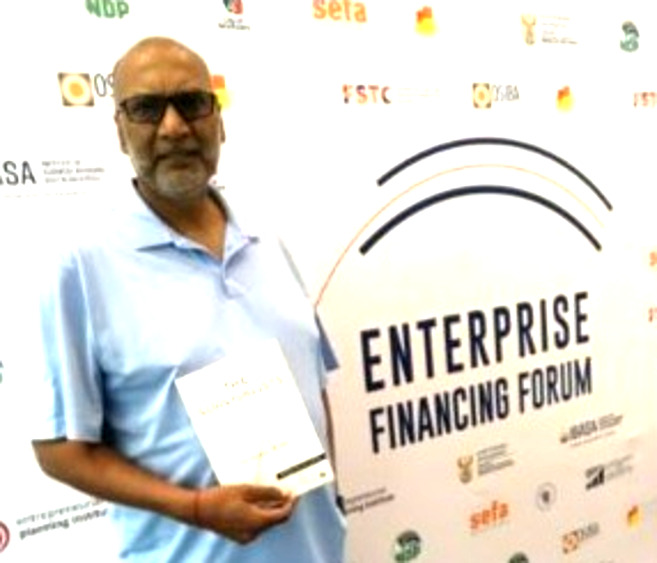 Scenes at the Enactus South African finals held at the Sandton Convention Centre, Johannesburg, on 12 and 13 July 2018 where UKZN scooped third place.

In 2013 and 2014, the team clinched second place in the national competition.

The crew continued this winning streak as it secured third place in this year’s nationals held at the Sandton Convention Centre, Johannesburg, on 12 and 13 July 2018.

A total of 19 universities went head-to-head in this year’s national competition; showcasing their projects which seek to change lives and enable progress through entrepreneurial action.

Enactus is a global community of student, academic and business leaders. It is the world’s largest experiential learning platform dedicated to creating a better world while developing the next generation of entrepreneurial leaders and social innovators. With 72 000 students in 1 730 campuses in 36 countries positively impacting the lives of 1.3 million people each year, the Enactus network remains unified by the organisation’s vision of creating a better, more sustainable world.

‘Hard work and dedication really pays off,’ said Ms Philile Mabika, member of the UKZN Enactus team. ‘UKZN Enactus never stops striving for excellence in all it does for its communities. The team (Enactus UKZN) is well on its way to changing people’s lives by working on a total of seven projects so far. This year, with a 100 plus membership, the team has dedicated over 33 000 hours of work because of the love and care it has for human progress. Putting in hard work to ignite a spark of hope within beneficiaries is one of the things that defines Enactus UKZN,’ said Mabika.