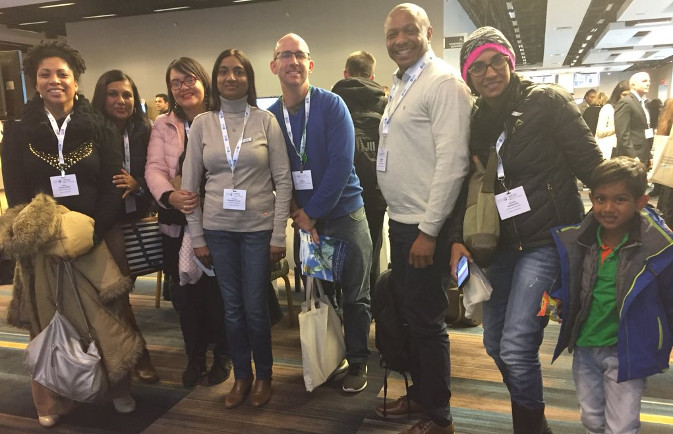 Physiotherapy Academic leader Cobbling presented a paper titled: Before the Exercise I Considered Myself as a Sick Person. After Joining the Programme I Started Feeling Free: Participants’ Reflections on a Home-Based Rehabilitation Intervention for People Living with HIV in KwaZulu-Natal, South Africa.

The study examined the experiences people living with HIV had after receiving rehabilitation in their own homes and how their lives have changed as a result a year later. Chetty and Maddocks were co-researchers in Cobbing’s project.

In order to introduce transparency in the private market, the government introduced SEP - a fixed ex-factory price with a logistics fee component and value added tax for medicines - in 2004 for all prescription medicines. Her study indicated that the SEP regulation had a major impact on medicine pricing in South Africa in both the short and long term.

‘Most medicines investigated showed a smaller yearly increase in price compared to before regulations due to the controlled pricing environment introduced by Government,’ said Suleman.

The study provided evidence of the impact of medicine pricing intervention from a middle income country. ‘Useful lessons can be drawn by other developing countries looking at introducing medicine price controls,’ she added.

Bangalee said the high costs of therapeutic drugs remained a barrier to accessibility and improved health to the majority of South Africans. ‘While several studies reveal the price-lowering effect of generic competition with respect to the number of brands in the overall market, very little data is available within a specific drug therapeutic class.’

Bangalee presented a study titled: An Investigation of the Relationship between the Number of Generic Drugs and Pricing within a Therapeutic Class. The work examined the relationship between generic drug price competition and the number of brands within the cardiovascular class of drugs while comparing South African prices with International Reference Prices.

‘The results from our analysis do not indicate that there is a price-lowering effect for cardiovascular drugs with increased generic competition. While the pro-generic legislations may seek to increase accessibility to medicines and improved healthcare, the implementation of SEP may result in long term unintended effects by interfering in the normal market processes,’ said Bangalee.

She added that the differences between the high South African medicine prices and international prices warrant the implementation of future policy evaluations as well as possible pricing interventions such as benchmarking and reference pricing in an effort to lower drug prices.

She will be investigating various aspects relating to DCT in optometry with the purpose of defining a socially responsive approach to training within the profession in the context of a DCT model.

‘The results showed substantial transformation in the number of medicines made available with subsequent editions of STGs/EMLs impacting on strengthening the provision for healthcare in the country,’ said Perumal-Pillay.

The study called for continuous monitoring of STGs/EMLs development and implementation to better understand reasons behind changes to adequately address healthcare needs of South Africans within budgetary constraints. ‘It provided important lessons for other low-middle income countries employing STGs/EMLs in their healthcare system.’