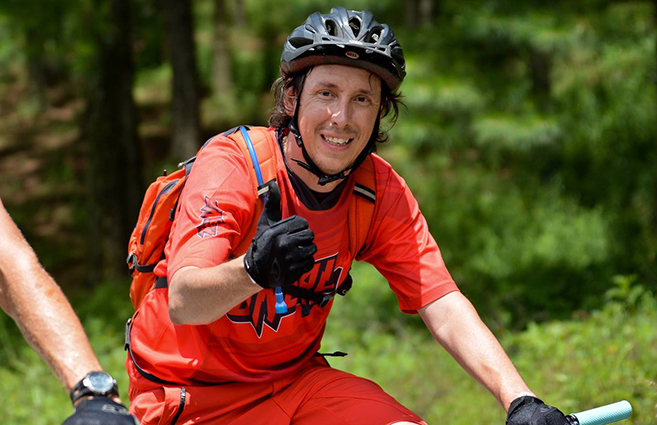 He now joins the ranks of his brother-in-law, Professor Andrew Green, and sister-in-law, Dr Lauren Hoyer.

Hicks is a chief scientist at the Council for Geoscience (CGS) in Pietermaritzburg, the project manager for work relating to Carbon dioxide Capture and Storage (CCS) in South Africa, and a lead scientist on the Pilot CO2 Storage Project within South Africa.

The field geologist and sedimentologist recently focused on environmental and hydrocarbons based research that tries to unravel the intricacies of sedimentation in recent marine settings.

‘I really enjoy earth processes and the interplay of sedimentary and igneous rocks in basin evolution,’ said Hicks. ‘I am fascinated by early earth sediments and their interactions with early life on the planet.’

His PhD research involved a basin-scale evaluation of the geology and structure of the offshore Durban Basin, in order to identify, categorise and rank potential storage mediums that may have the capacity to store CO2.This relates to the CCS project, a short- to medium-term climate change strategy designed to reduce CO2 emissions from large-scale emitters.

‘South Africa is heavily reliant on fossil fuels for energy, and is a significant contributor to CO2 emissions on a worldwide scale,’ said Hicks, adding that storage of anthropogenic CO2 is a key mitigation technique for global emissions reductions.

‘Successful storage of CO2 has been undertaken internationally in a number of geologic mediums such as depleted oil or gas reservoirs, unmineable coal beds, deep saline-water saturated aquifers, and basaltic formations, in onshore and offshore environments,’ he said.

Hicks hopes that his work will aid further research into clean coal technologies and other means of CO2 sequestration in order to help South Africa reduce emissions, and raise awareness of individual and industrial-scale actions that can be taken towards an emissions-negative future.

Hicks unearthed an interest in geology through a love of mountains that often saw him racing mountain bikes down steep slopes in beautiful landscapes. These varied terrains sparked an interest in Hicks during his school years that led him to the then-University of Natal to study geology to his masters level.

Dinner table conversations can often turn into discussions on rocks and the trio’s varied geological pursuits. During family holidays, one might find the rest of the family waiting in the car on a roadside while the three geologists clamber up banks to examine an outcrop.

A keen downhill mountain biker, Hicks has competed nationally and internationally, becoming World Champion in his division. He serves as a commissioner at national level for Gravity disciplines.

Hicks thanked the CGS and the South African Centre for Carbon Capture and Storage for funding his research and affording him the opportunity to complete his PhD.