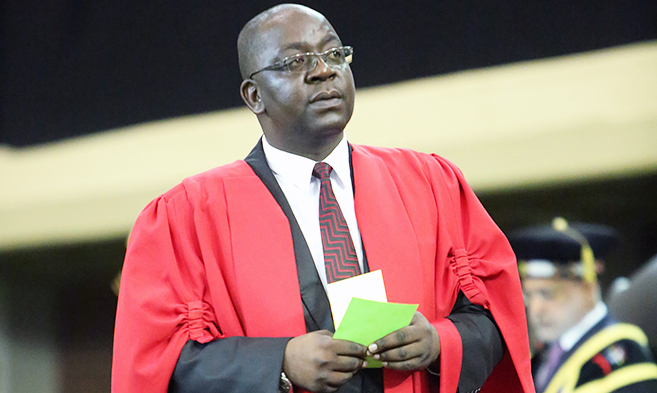 Research into Medical Male Circumcision for HIV Prevention in Zimbabwe

The implications – for both men and women – of the upscaling of medical male circumcision in Zimbabwe were examined by Dr Antony Chikutsa during research for his PhD in Population Studies.

‘Doing a PhD for me is something I have always wanted to do since my childhood,’ said Chikutsa. ‘I remember I had a 1993 University of Zimbabwe calendar which had a list of the academic staff and their qualifications. I looked at that calendar regularly and wanted to be one of them,’ said Chikutsa.

He chose the topic for his thesis after attending one of the first workshops on the projected impact of male circumcision on the HIV trajectory in Zimbabwe.

Chikutsa wrote a brief PhD proposal but shelved it, pulling it out only years later after reading that the male circumcision programme was facing serious uptake challenges, not only in Zimbabwe, but in other African countries as well.

His research shows while men and women may in general support the promotion of medical male circumcision for HIV prevention, there is a level of reluctance among women to have their husbands circumcised as it seems like ‘one is accepting your man will sleep around “because he is protected”.

‘Men also talk about fears of having their “thing” cut off by mistake which is what we read about happening at traditional circumcision ceremonies or having their potential to please a woman in bed reduced. Some were very worried about their foreskins while others were excited because they heard that circumcised men are very good in bed and they really wanted to see if that was true,’ explained Chikutsa.

His research shows that the promotion of voluntary medical male circumcision should address people’s underlying fears, misconceptions and myths about the whole process. ‘When those are addressed, there is a chance that a larger number of people will adopt this innovative method of HIV prevention.’

‘I feel elated with an indescribable sense of accomplishment,’ said Chikutsa. ‘My father was a general factory worker and my mother is a housewife but as the first born they sacrificed so much to get me where I am today. Achieving this PhD is the least I could do for their sacrifice and their encouragement in providing for my education.

‘I am very grateful for the support I received from my family both financially, spiritually and emotionally.’

Offering advice to other researchers, he said: ‘Doing a PhD or any similar research project is very demanding and the temptation to divert or drop out is strong, so it is necessary to keep your eye on the ball. Always remember why you started the degree. You need faith and a focus to keep you going.’