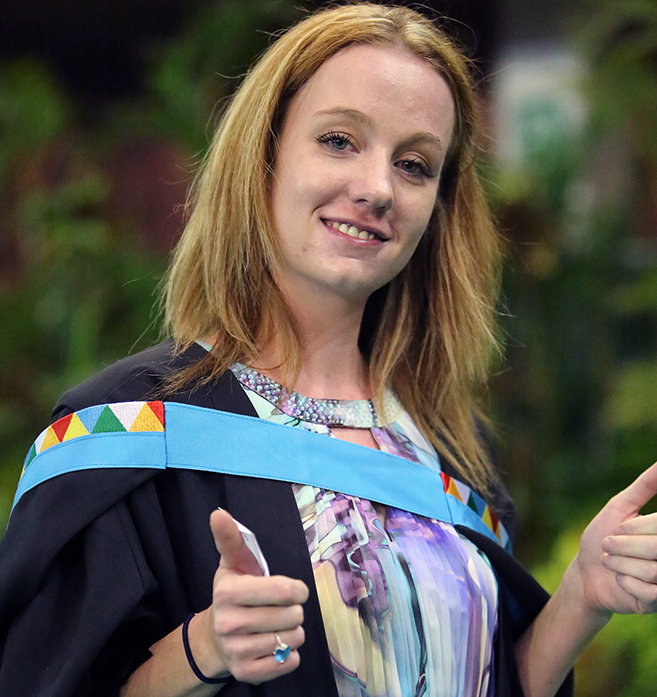 Said Edwards: ‘Achieving this goal has further endorsed my belief in my potential and myself and taught me that hard work does pay off!’

Health seeking behaviour regulates how healthcare facilities are used which in turn determines the health outcomes of the South African population.

‘Universal health coverage is on the government’s agenda and forms part of the third Sustainable Development Goal. The topic of behaviour is therefore relevant and has the capacity to play a role in the reduction of health inequalities,’ said Edwards.

The study highlighted that inequalities still perpetuate the health seeking behaviour of the South African population. ‘Targeting the social determinants of health has the potential to positively influence health behaviours, reduce barriers to accessing health care, and diminish the gaps in health inequities.’

The findings also showed that women were significantly less likely than men to go to a private health care facility. Another relevant key finding was that White people were far more likely to have gone to a health care facility in the past year than Black people.

A huge highlight for Edwards was seeing her dissertation bound for the first time and realising that she had accomplished her goal. ‘When reflecting on who I was both academically and personally before and after I started this journey, I can see I have developed both as an academic and as an individual.’

She thanked those who played an influential role throughout her study process, including her family, friends, colleagues and supervisor.

Edwards, who works for the Human Sciences Research Council, advised other students to find a role model/mentor; to focus on the process, not the end result; take pride in their work, and to be passionate about their area of study.

The next step for Edwards is to pursue a PhD in Public Health. ‘While I have not yet decided on a specific topic, I would like to focus in the area of HIV and its effect on children in adverse, low resource settings.’