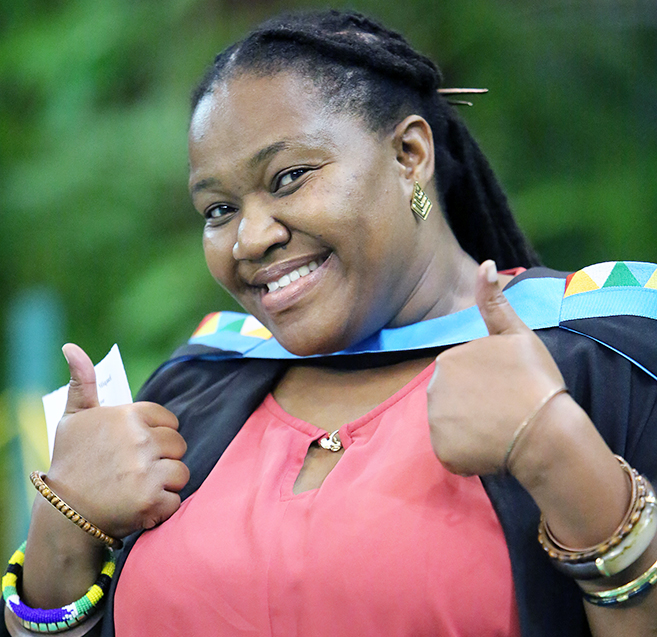 Shangase says while marriage rates among the group are low, premarital childbearing remains consistently high. ‘Once women are educated they can access the employment markets and have a diminished desire for marriage, thus forgoing marriage and possibly child bearing,’ she said.

Despite her research findings being unique to the study sample used, Shangase strongly believes her work adds to the body of knowledge on the subject topic.

She also feels it adds to the understanding of factors that contribute to marital decline among Black females (Zulus in particular), the perception of young women regarding the value of marriage and the type of marriage they aspire to, and understanding in connection with attitudes to pre-marital child bearing and its effect on marriage.

The majority of the study participants believed that the effect of premarital child bearing on a woman’s marriage potential was entirely dependent on what men desired. ‘Some men are not opposed to marrying a woman with an out-of-wedlock child which they have not fathered, while others, especially those who are very traditional, are vehemently opposed to it,’ said Shangase.

‘The ways in which the modern woman gets to grips with the meaning of life, including marriage and childbearing, is changing. Moreover, as much as the Zulu female desires marriage, an early marriage is most likely achieved through sacrificing other pertinent life goals.

‘For the women in the study, their own financial independence, the well being of their family and their career were of primary importance and worth achieving prior to marriage.’

Shangase was thankful for the guidance she received from her family, in particular her mother, her supervisor Professor Pranitha Maharaj, and former supervisor, Professor Dori Posel.

‘I am also grateful for the NRF-Funding I received during my coursework and that I had a faculty that cared, was devoted to its students, and gave me a reasonable amount of chances. I appreciate the fact that Pranitha had faith in me and was a supervisor who always gave of her best for each student. Most of all, I’m grateful that God blessed me with the greatest treasure in my life – my mother.’