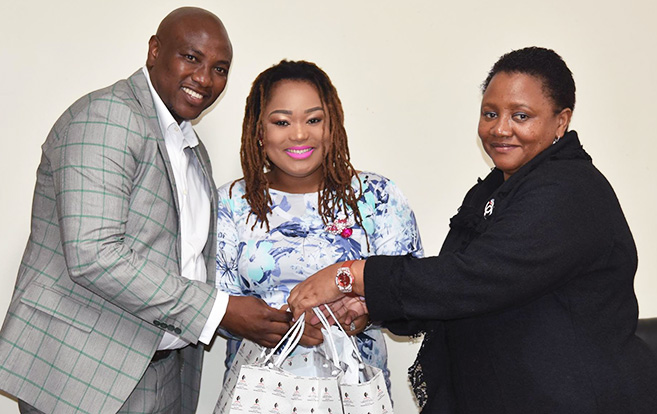 A lecture session on polygamy was presented for Heritage and Culture module students by the Discipline of African Languages in the School of Arts.

Polygamy is part of the module course content offered in the Discipline.

Lecturers Dr Gugu Mazibuko and Ms Precious Mkhize, who teach this module, facilitated the session providing students with access to a reference point with contextual relevance.

Now a father of 10, Mseleku spoke on how the institution of polygamy was constructed, emphasising that the decision to enter into such multiple unions had to be established early in life in order to align goals with that vision.

He said not every man could be a polygamist because it was not about having money but rather about expanding a bloodline and building a strong home.

‘The common error made by men is their failure to explain how they intend to build a home. Such details must be vocalised in the beginning of the relationship in order to avoid abuse and breaking a woman’s heart,’ said Mseleku.

He said the purpose of the TV programme was to educate people about how a home was built, paying attention to matters of sexual health and remaining loyal to the women you had decided to love.

MaKhumalo spoke specifically to young women, saying: ‘It’s important for a lady to finish her studies first and not to forget to appreciate her body the way it is, and to understand her own beauty.’