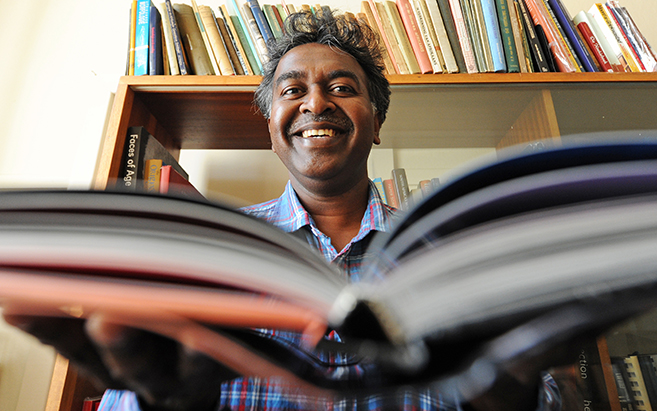 UKZN Academic Mr Darryl Earl David will head up the exciting ARTiculate Africa Literary Festival to be held at the Durban International Convention Centre (ICC) from 29 September to 01 October. ‘This will be the literary festival of 2017, nothing will come close to it,’ gushes Festival curator David, founder of SA’s national booktown in the Karoo.

According to David, ARTiculate Africa is no ordinary festival. It carries the dreams of the city that is bidding to become Africa’s first UNESCO City of Literature and will see Durban join cities such as Prague, Edinburgh, Dublin, Baghdad and Reykjavik. The Festival therefore, whilst remaining loyal to Durban writers, also aims to become South Africa’s premier international literary festival.

Some of the literary giants billed to speak at the Festival are Sunday Times Fiction Prize winners – Sifiso Mzobe (Young Blood); Masanda Ntshanga (The Reactive), the 2017 Alan Paton Prize winner Greg Marinovich who will talk about his book on Marikana and Bongani Madondo of Sigh the Beloved Country, a 2017 finalist for the University of Johannesburg (UJ) Literature Prize.

A new biography on acclaimed Durban playwright Ronnie Govender will be launched by the President of the English Academy Rajendra Chetty. While Lindiwe Hani will speak on her life as the daughter of Chris Hani.

On the international front ARTiculate Africa is proud to announce the participation of Chris Abani, one of the giants on the American literary scene, and Christopher Merrill, Director of Iowa’s Creative Writing Programme that has nurtured some of the world’s greatest writers.

‘The Festival will also host two of New Zealand’s top female writers Catherine Chidgey, winner of this year’s top fiction prize in New Zealand and Maori writer Paula Morris. These are just some of the 80 strong line up that will make this year’s ARTiculate Africa Book Festival a page turner!’ said David.

Photograph by:  Supplied by the Luvvie