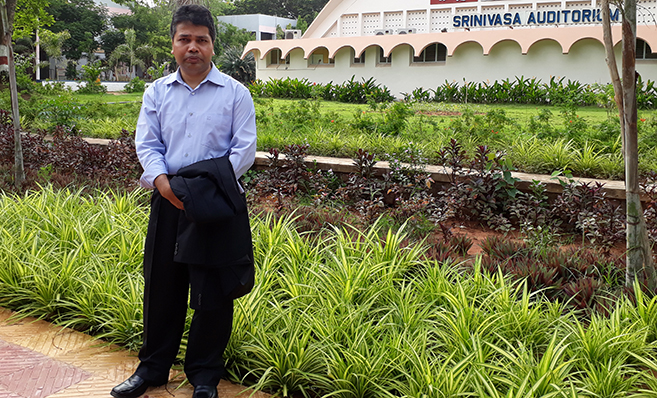 Professor Shahidul Islam of Biochemistry in UKZN’s School of Life Sciences (SLS) has been appointed as a Lead Guest Editor for a special issue of the international, peer-reviewed European Molecules journal, titled ‘Sugar Substitutes and Obesity, Diabetes and Metabolic Syndrome’.

In his introductory note to a call for submissions, Islam addressed the issue of diabetes being a major global health concern that is increasing at alarming rates. He drew attention to the fact that artificial sweeteners and sugar substitutes chosen by diabetic patients are being shown by preliminary studies to have links to negative side effects including increased body weight, insulin resistance and many others.

These substitutes, such as fructose, saccharin, aspartame, cyclamate, sucralose or a combination thereof are chosen due to them having no calorific values and more sweetening power than sucrose. Recent studies have established links between the consumption of artificial sweeteners and side effects ranging from increased body weight to non-alcoholic fatty liver diseases, which are linked to the development of type 2 diabetes.

Further scientific information is needed to establish those links in what can be a controversial experimental field, necessitating original research focused on the effects of various sugar substitutes and sweeteners to better understand their beneficial and detrimental effects on health, particularly for diabetics.

Islam is an Associate Professor of Biochemistry with more than nine years’ of teaching experience in Biochemistry and Metabolism. He chairs the Animal Research Ethics Committee (AREC) of the University, and holds a C2 rating from the National Research Foundation (NRF). He is recognised for his expertise in the field of type 2 diabetes and its major contributor: obesity.

He has published seven book chapters, more than 70 full-length articles and one editorial in international peer-reviewed journals. He has also delivered a number of invited lectures around the world, and was a recipient of the 2015 Distinguished Teacher Award in the College of Agriculture, Engineering and Science. Islam has supervised more than 35 postgraduate students from honours to postdoctoral studies, and teaches undergraduate to honours level classes.

Apart from various anti-diabetic intervention trials, Islam’s research also involves developing better, cost-effective and alternative non-genetic animal models of type 2 diabetes. He has already developed two animal models of type 2 diabetes in use by researchers around the world, with growing global collaborations with institutions like the University of Paris-Diderot. His team’s work on sugar alcohols has also drawn international attention leading to an active collaboration on clinical trials with scientists at St Claraspital Hospital in Switzerland, and their research on medicinal plants is being noted globally. In recognition of his contributions to research on medicinal plants, Islam recently delivered an invited talk at the International Conference on Diabetes and Phytotherapy (ICDP) at Annamalai University, India.

Islam serves on the editorial boards of more than five other international, peer-reviewed journals in his field and was recently invited to participate as a panel member of the National Center of Science and Technology Evaluation of Kazakhstan.