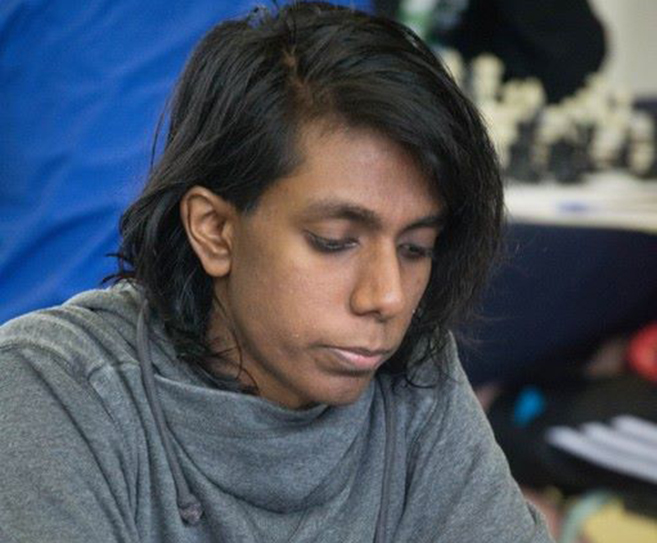 The Next Albert Einstein?

Already boasting a total of 17 certificates of merit and three Dean’s Commendations, it is no surprise that third-year BSc student Mr Nashlen Govindasamy has been awarded the College Deputy Vice-Chancellor’s Scholarship.

After matriculating from Star College with eight distinctions, Govindasamy felt it was only natural to register for a Bachelor of Science (BSc) degree at UKZN in the College of Agriculture, Engineering and Science.

Attaining the Dean’s Commendation in his first year with five certificates of merit, Govindasamy was one of very few students who decided to undertake three majors. ‘I appreciated problems which could be solved creatively and this led me to major in Mathematics, Applied Mathematics and Computer Science,’ said Govindasamy.

The College Deputy Vice-Chancellor’s scholarship recognises top performing undergraduates over two or more years. With such exceptional results, it is very apt that Govindasamy is a recipient of this scholarship for the College.

‘I am humbled to have received this award and grateful for the academic excellence that UKZN nurtures. Receiving this award has certainly been an inspiring moment in my UKZN experience,’ said Govindasamy.

Coupled with his interest in Mathematics, Govindasamy also plays chess for the South African Chess team. He started to play chess at the tender age of nine and went on to win the KwaZulu-Natal Chess Championship.

His main goal is to carry out research and ultimately to have a positive influence on humanity.

Dr Paran Pillay, a Senior Lecturer in the School of Mathematics, Statistics and Computer Science described Govindasamy as one of the most exceptional students she has ever taught.  ‘He is one of those very rare students who is able to create his own Mathematics, usually working it all out in his head rather than on paper,’ she said.   ‘On many occasions, I saw this in action where I would ask him to do a tutorial problem on the board, which he apparently had not seen before, and he would do it there for the first time.’

Another Lecturer, Mr Anban Pillay echoed similar sentiments adding that Govindasamy has the potential to be an exceptional scholar. ‘His academic performance is phenomenal but his depth of understanding, especially of Mathematics, makes this student truly phenomenal. We have great expectations of any future career he embarks on and hope that he decides to pursue a path in academia.’

Proud father, Mr Colin Govindasamy praised his son whom he said has always shown dedication. ‘I am extremely pleased with his results and appreciate that the University has acknowledged his efforts,’ he said.