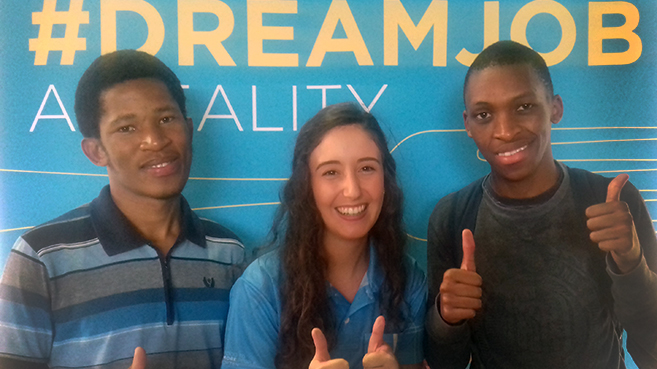 UKZN students and external companies that took part in the 2017 annual Engineering Career Fair held at Howard College campus on 4 August 2017, were left raving about this year’s bumper event.

Among the many employers that exhibited at the 2017 Career Fair were RCL Foods, Hatch, Sanral, the South African National Space Agency (SANSA), Reinmetall Munitions, Defy and the Agricultural Research Council (ARC).

‘We were delighted with the positive response from companies,’ said Career Development Officer within the College of Agriculture, Engineering and Science, Ms Karuna Mahadave.

Students from Engineering had a busy start to the semester with 19 companies attending the Career Fair and several more visiting the campus for presentations during the second and third weeks of August.

The UKZN Engineering Career Fair provided a platform for graduating students to meet potential recruiters and obtain more information about opportunities available in the world of work.

It also exposed first and second-year students to the working world and the options available to them upon completion of their degrees.

‘We take quite a few UKZN Engineering students and are very happy with the calibre of the graduates that come to us,’ said Ms Tasmin Coleman from RCL Foods.

Additional career fairs aimed at the Sciences were held on the Pietermaritzburg and Westville campuses earlier in the week.