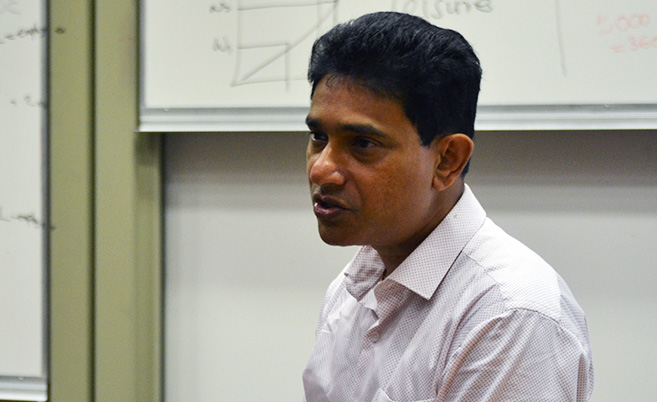 Research on King Shaka Zulu and how corporate strategy/leadership has evolved over time was the centre of discussion during a recent Africa Day event hosted by the International Office.

PhD student at UKZN and Marketing Strategy Senior Lecturer at Mancosa, Mr Debapriyo Nag spoke on the similarities of how King Shaka’s strategies could be compared to the current corporate marketing strategies.

Presenting to a group of 50 international students, Nag spoke of the five characteristics that distinguished King Shaka from most of the leaders in our history.

He said the great Zulu king was a visionary because his vision was to unify the clan; courageous as he was open minded and adaptable to new ideas which were evident in how he changed the face of the battle; full of endurance for his ability to go through difficulties, he was inspiring as he always inspired others to enrol and be part of the battle, and lastly he was accountable.

Nag said King Shaka was a genius who came up with a number of innovations, as his focus was to create an empire. Nag said he made people believe in his vision.

Nag said there was a connection between the warfare and current marketing. He said today’s battlefield is the consumer’s mind space that companies are fighting for.

He said choosing battles and fighting battles are very different, and competitors are always “your closest friend”. He said innovation changes the face of any business and children should be groomed from a young age compared to how King Shaka trained men from a young age.