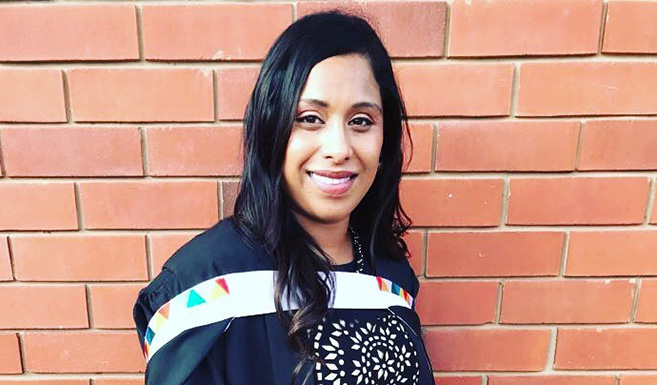 A UKZN study, believed to be the first of its kind in South Africa, investigated the quality of life of KwaZulu-Natal patients suffering from seborrhoeic dermatitis.

The research was done by Dr Nerissa Moodley and earned her a Masters in Medical Science degree in Dermatology.

Moodley’s study was titled: “Quality of Life of Patients with Seborrhoeic Dermatitis in KwaZulu-Natal, South Africa”. It aimed to assess the standard of life of patients suffering from the condition, corresponding with clinical severity and demographic parameters.

The study was published in the South African Medical Journal (SAMJ).

The 45 patients used for the research were aged 18 and older and had a clinical diagnosis of seborrhoeic dermatitis. Their quality of life (QOL) was calculated using the Dermatology Life Quality Index (DLQI). However, the harshness of their condition was evaluated by a clinician.

The median DLQI score was 17 and the median severity score equated to 24. This result showed there was a ‘very large affect on the quality of life’. Additionally, demographic elements were taken into account when comparing QOL between patients, including gender, educational level, home language, ethnic origin, residence, marital status, HIV status and site of involvement.

Limits in Moodley’s investigation included the number of patients involved in the study as well as the fact that the data was collected at one hospital.

Ultimately, her study highlighted that QOL tools are key in giving a patient’s own perspective concerning the severity of their skin condition.

Moodley observed that in South Africa skin diseases were a major occurrence, mainly because people didn’t understand their impact on QOL. The reason for this, she says, is that medical practitioners don’t prioritise dermatology when categorising services. ‘This void of consciousness leads to grave emotional/psychological worries. Even though the disease is not a disability like diabetes, it does affect physical appearance.’

Moodley studied part time for her master’s degree so had to strike a healthy balance between being a mom and working full time.

Currently a Medical Officer in the Department of Dermatology at the Stanger Provincial Hospital, she already holds a FC Derm Part 1 in the Discipline so being accepted into the registrar training programme will ensure her lifelong ambition of being a dermatologist becomes a reality.

She expressed her sincere gratitude to her husband, Mr Avinash Dookhi, who encouraged her to pursue the study, and thanked her supervisors Professor Ncoza Dlova and Dr Koraisha Hoosen, who held her hand throughout the research journey.

Moodley was also grateful for the motivation and support she received from her proud parents and grandmother.

She believes UKZN as a world class learning institute has given her a head start in her field.