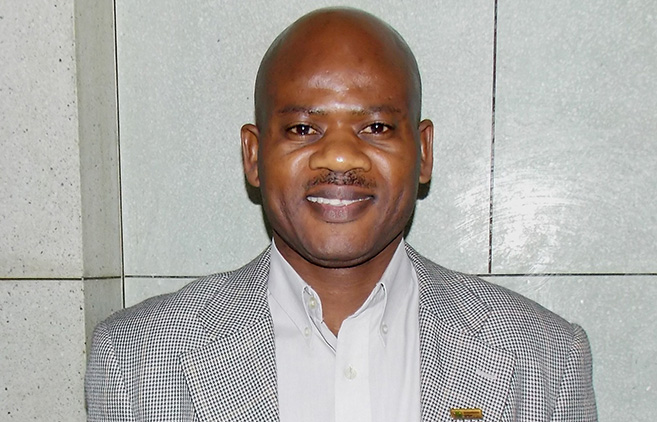 Professor Albert Thembinkosi Modi, Acting Deputy Vice-Chancellor of the College of Agriculture, Engineering and Science, received the International Alumni Award from the College of Food, Agricultural and Environmental Sciences at the Ohio State University  in the United States.

This award is presented annually to outstanding international agriculture alumni representing, supporting and promoting the College and the Ohio State University around the globe.

A crop scientist, Modi champions sustainable agriculture and the value of indigenous knowledge in informing scientific research. A graduate of the University of Fort Hare, he received his master’s degree from the former University of Natal going on to study at Ohio State University (OSU) for his PhD in 1999 under a US Government Fulbright scholarship.

‘OSU is a great university. I am proud to say that in me it produced an academic to serve the University of KwaZulu-Natal, South Africa, Africa and the world,’ said Modi.

Modi was recognised for his significant contributions to food security in sub-Saharan Africa, particularly in South Africa, much of which took place while he was Dean and Head of the School of Agricultural, Earth and Environmental Sciences (SAEES) from 2011.

Modi has dedicated his career to improving the lives of rural South Africans. He served as founding Chief Executive Officer of the Moses Kotane Institute, and was chairperson of the South African Agriculture and Life Sciences Dean’s Association (SAALSDA).

He was also an associate editor of the South African Journal of Plant and Soil (SAJPS), and has served in various leadership roles in the South African Society of Crop Production (SASCP), including being President from 2007-2008.

His principal research has been focused on indigenous-traditional crops as they relate to science and technology, crop physiology, agronomy and sustainable agriculture. He has published more than 90 peer-reviewed science articles in these areas and served as principal supervisor or co-supervisor for 28 MSc students and 13 PhD students.

‘We would like to honour Professor Modi’s significant contributions to food-security in sub-Saharan Africa and his passion of agricultural education by awarding him the International Alumni Award,’ presenter Ms Julie Louiso told 150 alumni, relatives, faculty members, staff and friends during a luncheon hosted by the College in March.