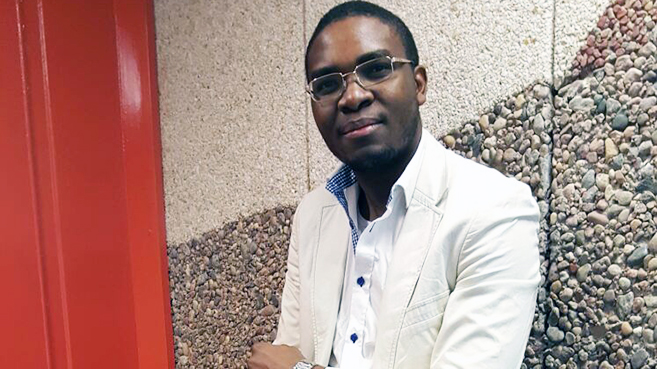 PhD graduate Dr Samuel Nambile Cumber of Cameroon investigated the health and well-being of street children in his country.

His thesis was titled: “A Situational Analysis of the Health Status and Risky Factors of Street Children in Cameroon with the aim to develop an appropriate intervention model to improve their health”.

Cumber’s study also sought to determine the health, social and psychological challenges and associated risk factors for street children and from there propose an intervention model to improve their situation and also get them off the streets.

According to Cumber, Cameroon does not have any intervention programme for street children. ‘In order to implement an intervention, specific information on the children was required.’

He surveyed 399 participants, 80% male and 20% female, aged between 12 and 17 using structured questionnaires analysed through the Statistical Package for Social Sciences (SPSS) version 14.

Cumber found the most common psychoactive substances used by the street kids were alcohol and tobacco, and 73% had been involved in a fight after usage. In order to survive, some beg, steal, and do sex work.

He said 91% have heard of HIV/AIDS but 53% did not know that unsafe sex was risky. ‘Above 70% indicated that their source of HIV information was friends, 53% had never used a condom and all participants said condoms were too expensive to buy. More than 90% had no access to street services or support.’

The challenges reported in the survey were supported by results from interviews with key informants and focus group discussions with street children as well as from the systematic literature review.

‘Addressing all these challenges will need a comprehensive approach to the phenomenon of street children, aimed at improving their health, welfare and their quality of life. These should include tackling hunger, hygiene, disease, homelessness, and other problems.’

In collaboration with his supervisor, Professor Joyce Tsoka-Gwegweni, he published six articles from his thesis within a year.

Cumber plans to begin his post-doctoral studies soon under the supervision of Tsoka-Gwegweni.

Married with three children, Cumber says he was raised by a single mother. ‘My siblings sacrificed a lot for me to go to school. I have depended on family support, especially from my siblings who gave up their education to go to work due to family circumstances.’

While doing his PhD, Cumber faced a challenging life situation when his pregnant wife was seriously hurt in a train accident. ‘I had to deal with the accident situation and the unborn baby who stayed miraculously in my wife’s womb for another two months, despite the accident and the numerous surgeries performed on her. I thank God because of his mercy and the support I received from friends and family, I was able to stand firm and continue with my research.’

He has a Bachelor’s Degree in Anthropology from the University of Yaoundé and obtained three masters degrees while studying in Sweden.