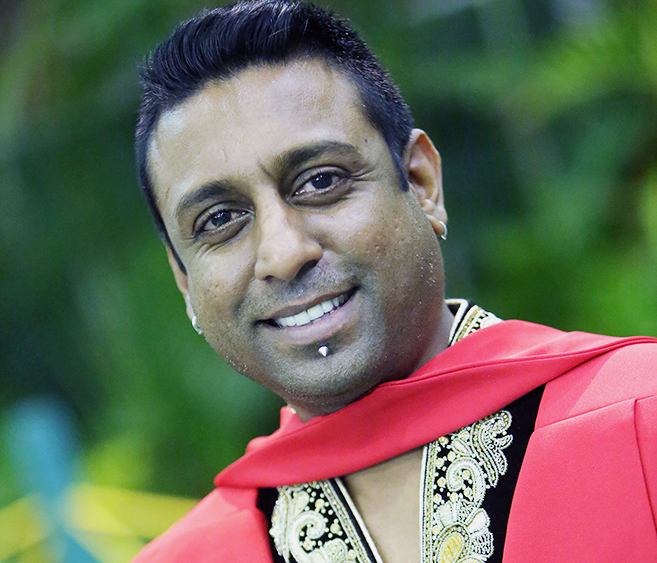 A study by PhD graduate Dr Yogandra Dhee Naidoo revealed that Government HIV and AIDS prevention interventions were not working in Chatsworth.

According to Naidoo, there is lack of knowledge in the Chatsworth community about HIV behavioural interventions, biomedical interventions and structural barriers.

The study titled: “Government’s HIV and AIDS Prevention, Treatment and Care Programmes: An Exploration of Lay Experiences in the South African Indian Community of Chatsworth", earned Naidoo a PhD in Public Health.

Supervised by Professor Myra Taylor, Naidoo aimed to gain insight into the behavioural, biomedical and structural factors underlying HIV and AIDS prevention, treatment and care in the community.

‘My goal was to understand factors that contribute to the effectiveness of the government’s HIV and AIDS treatment, care and prevention programmes as experienced by the Chatsworth community,’ said Naidoo.

He said very little was known about HIV/AIDS among the South African Indian community.

Naidoo’s study drew on the national HIV/AIDS crisis and its growth and how it is affecting the South African Indian community as well as how it is perceived, spoken about and responded to by the people of Chatsworth in terms of their perceptions, attitudes and beliefs surrounding the government’s prevention, treatment and care programmes.

Naidoo conducted 35 in-depth interviews and five focus group discussions among community members, including people who are living with HIV in Chatsworth.

‘After the interviews had been transcribed I used Atlas TI - a qualitative analysis software programme - to code my data and thereafter looked for codes which were combined into themes and important issues that had been raised by the respondents. This resulted in the generation of patterns, categories and themes.’

Naidoo said there was an urgent need to further strengthen HIV prevention, treatment and care efforts within the South African Indian community. ‘As the long-term queue for HIV treatment lengthens, the continuing high rate of new HIV infections threatens the practical feasibility of the South African efforts to provide nationwide access to antiretroviral therapy for those who need it.

‘Despite the clear need for stronger efforts to prevent HIV - prevention, treatment and care programmes are lacking in communities in South Africa such as the Indian community of Chatsworth. This was evident from the data collected from this study.’

Naidoo is currently doing post-doctoral work at the Human Sciences Research Council in the Unit of HIV/AIDS, STIs and TB within the programme of Social, Behavioural and Biomedical Interventions. He aims to work towards becoming an established researcher within public health, focusing on impacts of diseases on communities.

Naidoo is a people’s person who loves travelling and is family orientated, ‘I come from a close extended family where we all live next door to each other.’ He has an older brother, Shavan and a younger sister, Kamantha.

‘I also view my cousins as my siblings because we live next door to each other and are very close,’ he said

Naidoo’s parents, aunties and uncles are proud of his achievements. Said Naidoo: ‘My family members are my pillars. They are extremely excited and proud of my achievement.'