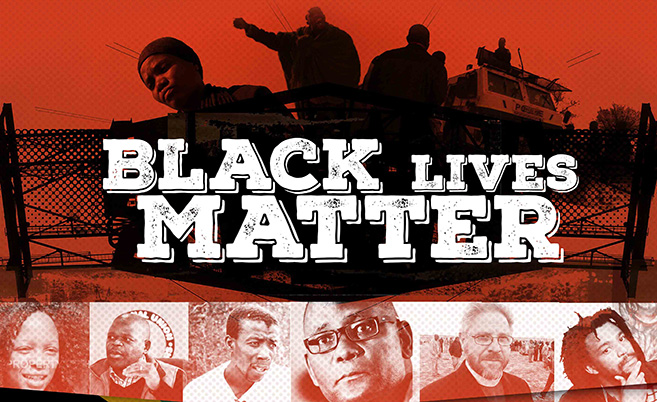 Black Lives Matter, a documentary about the mining industry in the Limpopo province, premiered at this year’s Durban International Film Festival.

This film, directed by Joseph Oesi, takes the audience on a journey through three rural communities; the Mogales, the Kekanas, and the Mapelas.  What they have in common is that the richest platinum bearing reef in the world runs beneath their land resulting in international mining companies making dubious deals with traditional leaders whose legitimacy is questioned by the communities they supposedly serve.

The film’s opening scene takes the audience back to the Marikana Massacre in which police killed 34 mineworkers. It digs into the history of the mining sector as well as the political background that led up to the tragedy, and powerfully demonstrates that even after this defining event, nothing much has changed for most miners in South Africa.

In the film, artist Ayanda Mabulu, describes mining companies as ‘mosquitoes, fleas and ticks, extracting blood out of our pores, leaving us dry, shrinking and emaciated like dying cows in a desert. They have been looting here and Africa is nothing else but a skeleton ready to fall.’

The film also documents the damage left behind in communities by mining companies such as air and water pollution and the dire living conditions surrounding the mines.

The film examines the stark realities that many communities face today and poses critical questions about economic freedom, inequality, racism and oppression.

The 37th Durban International Film Festival was hosted by the Centre for Creative Arts in UKZN’s College of Humanities.