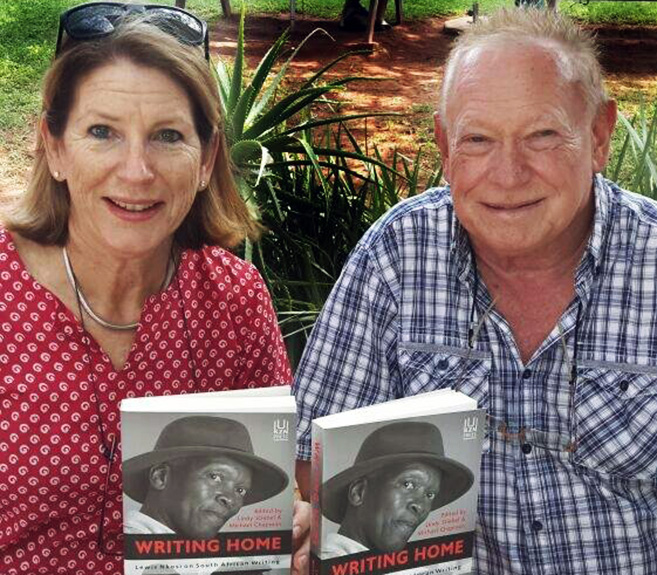 Before his death in 2010, Nkosi focused on the literary-cultural challenges of post-Mandela times.

Stiebel said Nkosi lived in exile for 40 years before returning intermittently to South Africa, after bannings were lifted in 1990. ‘His critical eye, however, never for long left the home scene. Hence, the title of this selection of his articles, essays and reviews,’ she said.

At the launch, Stiebel shared her memories of working with Nkosi and the family friendship she enjoyed with him delighting the audience with details from e-mails and highly entertaining and insightful anecdotes.

Chapman read some extracts from the book and included details of meeting with Lewis in South Africa and abroad.

Combining the journalist’s penchant for the human interest story with astute analysis, Nkosi’s observations are as fresh today as when he began his 60-year-long career as a writer and critic.

Nkosi received an honorary doctorate from UKZN in 2012 so it is fitting, therefore, that in what would have been his 80th birthday year, UKZNPress has republished his long out of print essays.

Said Stiebel: ‘Nkosi’s life trajectory was far more dramatic than my own as it turned out, but my privilege was to have been afforded a glimpse into his private thoughts over a decade and that we counted each other as good friends.’