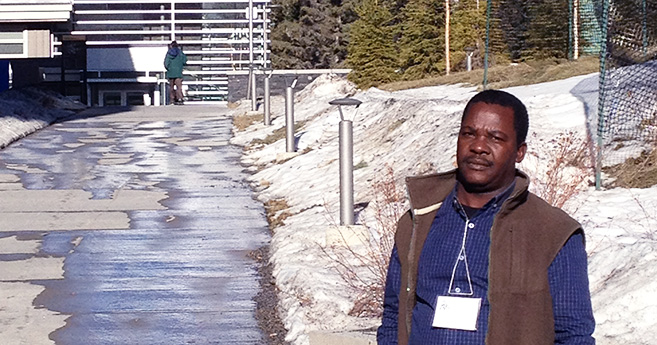 Professor Bernardo Rodrigues of the Discipline of Mathematics in UKZN’s School of Mathematics, Statistics and Computer Science (SMSCS) has been awarded a Fulbright Scholarship for the 2016/17 period as well as being selected by the INSPIRE Erasmus Mundus project to undertake an Academic Staff mobility visit to Ghent University in Belgium.

‘Both of these awards are highly competitive and attract interest from the most accomplished scholars,’ said Dean and Head of SMSCS, Professor Delia North. ‘May his work earn the School more academic honours in future.’

Rodrigues arrives in Ghent in mid-June and spends just over a month working with a world renowned group of colleagues at Ghent University’s Mathematics Department. He plans to take up his Fulbright Scholarship in early 2017.

For Rodrigues, being awarded these honours demonstrates recognition of his dedication to hard work and excellence in his field.  He hopes the opportunities will increase exposure to innovative work in Mathematics, and produce new collaborative endeavours, and possibly future staff and student exchanges. He aims to further the frontiers of his research and enhance knowledge in his own institution.

‘I have a desire to appeal to high levels of understanding in mathematics, and also to congregate knowledge, and to pass it on to others in a readily comprehensible form,’ said Rodrigues.

‘I am honoured for this and thank my colleagues and peers, and my family for supporting me throughout. My students past and present are also a source of renewed energy and growth, and their questions have contributed immensely to my intellectual growth as well as my ability to ask questions.’

Originally from Angola, Rodrigues, has been at the University since 1996 and has been an Associated Professor of Mathematics since 2010.

He says his passion for Mathematics was inspired by his older brother and also by a high school Mathematics teacher; the latter noted his early inclination for problem-solving and aptitude for posing questions related to mathematical objects.

His educators encouraged extra reading, and were a source of motivation, caring for his development and well-being.

Rodrigues’ work in mathematics is in the fields of abstract algebra and error-correcting codes at the interface between computer science and electrical engineering in a branch of the Discipline known as Algebraic Coding Theory.