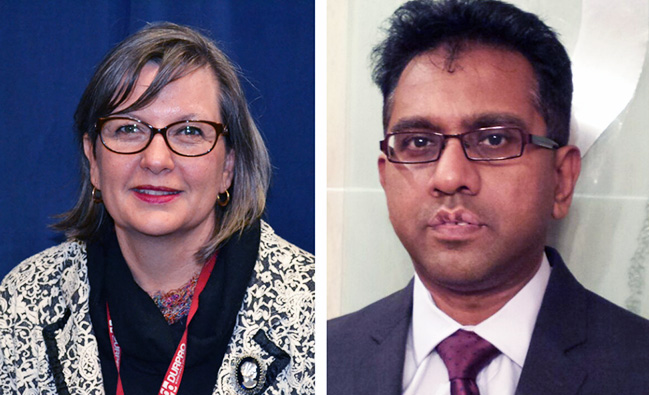 The top article, titled, “The Burden of Diabetes Mellitus in KwaZulu-Natal’s Public Sector: A Five-Year perspective”, has 2 233 views for its abstract while the full text has 888 views.

Defaulter rates for 2013 compared with 2014 were 3.31% v. 1.75%, respectively and amputation rates were 0.09% v. 0.05% for 2013 and 2014, respectively. There was a strong proportional relationship observed between the number of defaulters and number of diabetes-related amputations (r=0.801; p=0.000) (Pearson correlation). A notable percentage of DM patients ranging between 63% and 80% started pharmacological therapy at their local clinics rather than at hospitals in the province.

Third is the article titled: “A Deadly Combination - HIV and Diabetes Mellitus: Where Are We Now?” Co-authored with Dr Fazleh Mahomed, it has 1 823 abstract and 394 full text views.

‘Seeing Somasundrum’s papers in the top most read articles gives me joy,’ said Aldous. ‘The recognition is well deserved as his motives are altruistic. He wants his patients to feel better and have better quality of life.’

Aldous is attached to UKZN’s School of Clinical Medicine while Pillay is based at the Department of Internal Medicine at Edendale Hospital.

Mahomed was Head of Internal Medicine at Greys Hospital in Pietermaritzburg but is now at the University of the Free State’s Universitas Hospital.