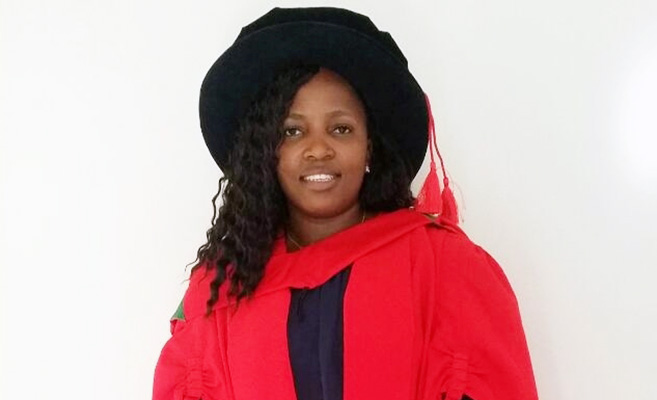 School of Laboratory Medicine and Medical Sciences (LMMS) Developmental Lecturer, Dr Thabisile Mpofana, was among a group of young Neurologists who received specialised training in Morocco for three weeks.

The International Brain Research Organisation (IBRO) - African Centres for Advanced Training in Neuroscience School was held at the Université Mohammed V, Morocco, targeting students at the end of their PhD degree, post-doctoral candidates as well as young Neurologists.

The students attended courses on the functional anatomy and neurochemistry of the structures that constitute the basal ganglia but also the associated structures, as well as their involvement in the control of motor function, cognitive and behavioural functions. There were also courses on diseases which are the result of malfunctions in the activities of different structures of basal ganglia focusing on Parkinson’s disease and other disorders related to it.

Mpofana felt that after completing her PhD it was important for her to grow as a researcher using all the training she received from her supervisors when she was a student.

Mpofana is interested in the unconventional therapeutic management of neurodegenerative disorders. Her research investigates the effects of early post-natal on neurodegeneration.

She said attending the IBRO School in Morocco equipped her with skills that can be translated to her current work at UKZN.

‘This is my second time in Morocco and I have also been to Kenya. The knowledge I have gained will be shared with the UKZN Neuroscience Group and will surely improve our research skills and current models that we are using,’ she said.