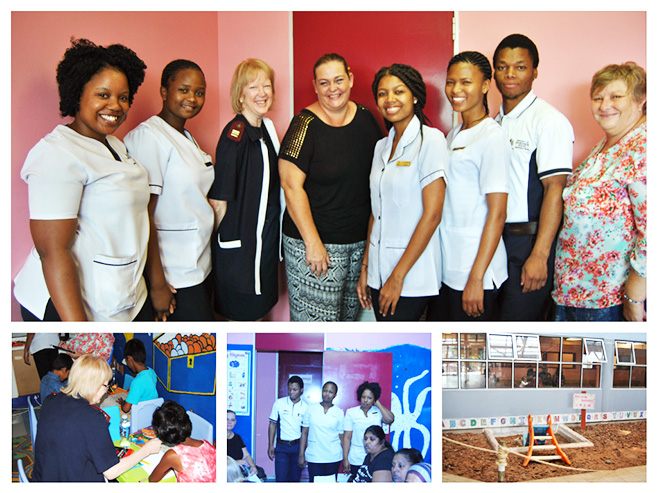 This met curriculum requirements for their Community engagement programme for the Psychiatric Nursing module and was overseen by Mrs Ronika Ganes from the clinic and Lecturer, Mrs Mary-Ann Jarvis.

Jona said ADHD was ’a condition that affects the brain and its function in which there is a problem paying attention, excessive activity, or difficulty controlling behaviour which is not appropriate for a person’s age’.

She said the causes in the majority of cases were not certain, although ADHASA reported that they were largely: neurological, biochemical and genetic.

At the launch of the resource centre, the students gave a presentation aimed at assisting parents with coping skills and management of the child at home. They shared the signs and symptoms to recognise the condition.

A mother of two children with psychiatric diagnoses also spoke at the launch. ‘In my family I have to cope with two conditions - hyperactivity and bipolar.’ She also shared her personal lifelong struggle with her own diagnosis of bipolar and how she manages her two girls. She said keeping to a certain routine was not in her vocabulary.

She advised parents to be patient and constantly creative with their children because the condition also made them moody and inclined to ‘back chat’. She warned: ‘You should never shout at them and you must never lose your temper when explaining things. This is a brain related condition and our children learn in colour and charts, not in words.’

She added that health professionals needed to concentrate on helping teachers and other children in mainstream school understand the condition and how to manage it.

Parents were impressed with how this mother comfortably spoke about her condition and her children’s diagnoses. This encouraged other mothers to open up with one mother sharing her daily struggle in trying to get her 7-year old son to school. She explained with frustration: ‘The boy really hates going to school. Every morning he cries and screams.’ Further discussion highlighted the need for a support group.

The parents were grateful for the intervention and the resource centre, and thanked the students for having organised the function.