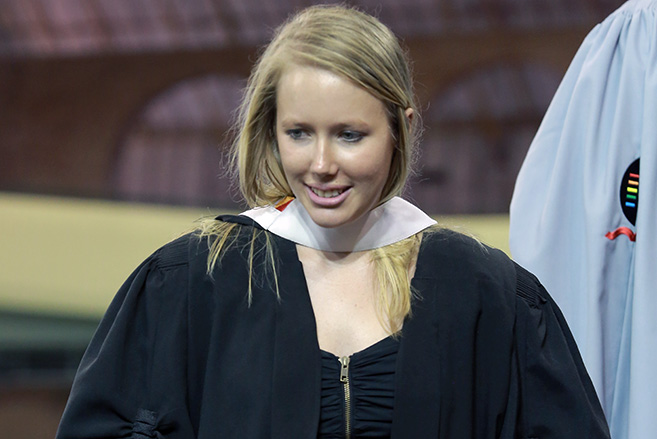 ‘I have always had a keen interest in sport and how the body works and Sport Science combined those two fields perfectly,’ said Henry.

She received Dean’s commendations every semester at UKZN, became a member of the Golden Key International Honours Society and served as a College of Health Science Peer Wellness Mentor, which she found very rewarding.

At school, Henry played netball, first-team soccer and was a member of the gymnastics team. She said she still enjoyed coaching gymnastics as well as socialising with friends, spending time with family and traveling and exploring new places.

Henry, who is currently completing her Biokinetics Honours degree, intends serving a year’s internship at a registered Biokinetics practice before entering the working world.

She has enjoyed her lectures as well as supporting the UKZN Impi in Varsity Shield rugby games.

Henry advised students entering tertiary education to do a bit of work every day because it helped in the long run. ‘You also need to ensure time for non-academic activities to achieve a healthy balance.’