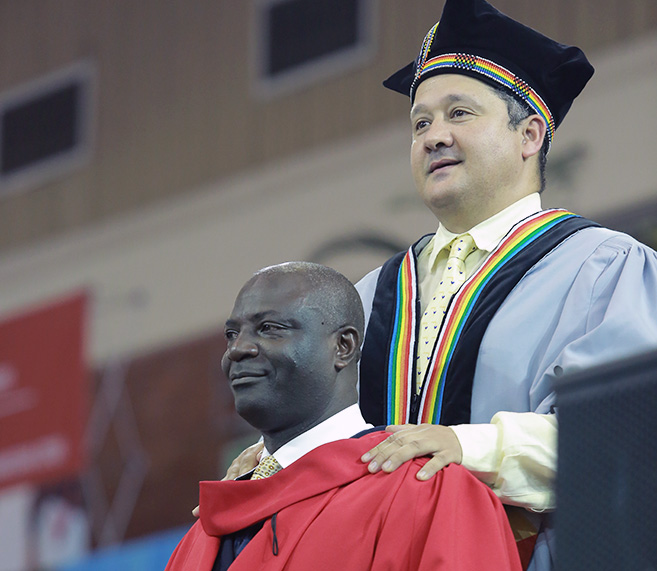 He said while highly active antiretroviral therapy (HAART) is the mainstay of current therapy for HIV infected patients in South Africa, studies have shown that the use of TCAM alone or with antiretroviral medicines is prevalent amongst HIV infected individuals. ‘The extent, reasons and types of TCAM used, patients’ perceived benefits and the views of healthcare professionals towards TCAM are not well known.’

Nlooto’s study was conducted in eight public sector healthcare facilities situated in the eThekwini Metro and UThukela district of KwaZulu-Natal where findings revealed that healthcare professionals are aware of HIV infected patients that still use TCAM with their HAART regimens one decade after the introduction of free access to ARVs in the public sector health care system.

Nlooto said many types of herbal mixtures have been used by patients either alone or in combination with ARVs and they forwarded reasons for such use. These remedies included mainly Imbiza (traditional herbal leaves, wood barks, and roots), supplied by local African traditional healers, namely Herbalists (Inyanga) and Diviners (Sangoma) prior to and post HAART initiation.

There was a noticeable decrease on TCAM use in patients post antiretroviral programme during the study while the prevalence of the use of traditional medicine varied prior to and after HAART initiation, specifically by Black African females both before and after uptake. The search for a cure for HIV infection was the main reason for using traditional medicine.

Nlooto said significantly, herbal mixtures demonstrating an effect on CD4 and VL warrant further postgraduate studies. His thesis, by manuscripts, has opened the door for further postgraduate research to be conducted in the field. The study’s running expenses were funded by UKZN’s College of Health Sciences as well as a year’s support from the IKS Centre of Excellence.

A family man of five children originally from the Democratic Republic of Congo, Nlooto said he has lived in South Africa for the past 12 years and enjoys undergraduate teaching and postgraduate supervision. ‘UKZN’s African vocation made it my academic institution of choice.’

Obtaining his PhD was not only celebrated by his family but inspired many people around him, Nlooto said. ‘I strongly believe that confidence and conviction in the Will of God always makes a difference in someone’s life,’ he added.