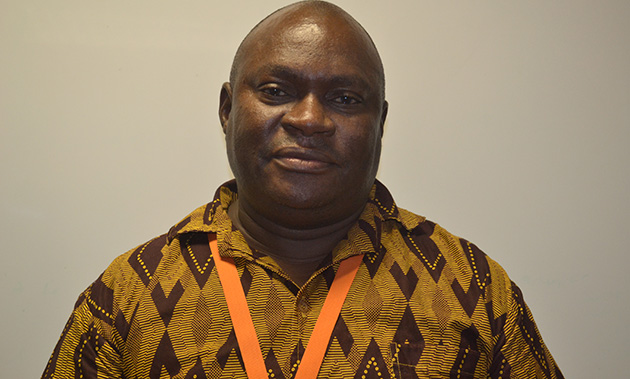 Gomo was previously at the University of Zimbabwe’s College of Health Sciences where he was Associate Professor in the Department of Medical Laboratory Sciences and also served as the first Director of the Research Support Centre.

He said he chose UKZN because of its position as a premier academic institution in Africa - ‘obviously, any serious academic would like to be associated with such an institution’.

Gomo was also attracted to UKZN because of its focus on traditional medicine, addressing - as it does - key strategic areas for traditional health care in African countries.

‘I plan, through collaborative initiatives and training, to enhance UKZN’s capacity to conduct high quality research on traditional medicine, focusing on preclinical and clinical evaluation of herbal medicine.’

He also plans to enhance the understanding and generate evidence of indigenous health care systems and delivery for the benefit of policy makers, the traditional health practitioners, patients and other stakeholders.

His research interests involve infectious diseases, particularly HIV and bilharzias, and the role of nutrition and traditional medicine. He has been involved in research since the early 1990s when he worked at the Blair Research Institute in Zimbabwe.

He holds a Diploma in Biological Sciences Laboratory Techniques, an MSc in Applied Immunology, a PhD in Immunology and a Diploma in Research Methodology.

Gomo has extensive experience in health research in Zimbabwe through regional and international collaboration. He started his research career in 1988 at the Blair Research Institute, Ministry of Health and Child Welfare, Zimbabwe. In 1994 he established and led, as Senior Medical Scientist, the HIV/AIDS Research Unit which he headed until 2003 when he left to join the University of Zimbabwe.

In 2007, Gomo joined the University of Malawi’s College of Medicine as Director of the newly established Research Support Centre.

In 2011 he returned to Zimbabwe to establish the University of Zimbabwe’s College of Health Sciences Research Support Centre.