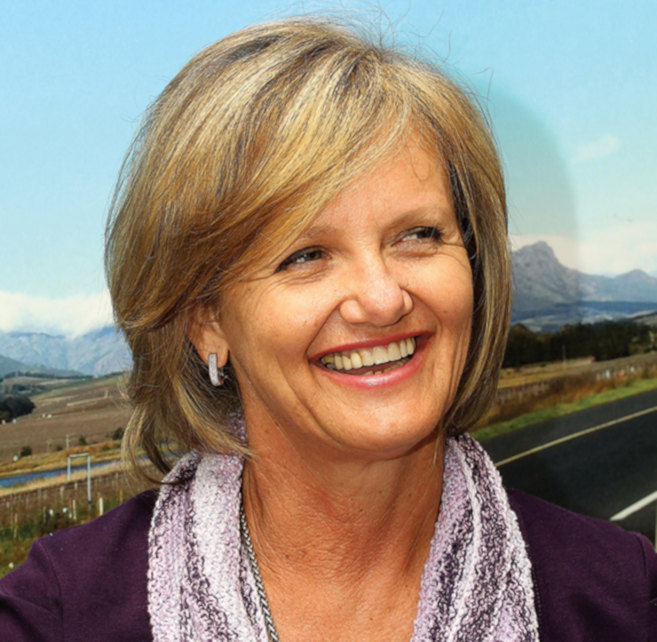 North is one of three UKZN staff members to receive the Fellowship and, like her colleagues, is a past recipient of the UKZN Distinguished Teacher’s Award, demonstrating her impact in the area she teaches in.

The TAU Fellowship Programme is an initiative of the Higher Education Learning and Teaching Association of Southern Africa (Heltasa) which aims to provide academics who have been recognised for their excellence in teaching to extend their knowledge about teaching and learning with the support of other distinguished teachers at universities around the country.

This is the first year that the programme has been implemented and it will consist of several contact and training sessions with assignments and frequent online contact between the Fellows. Participants in the Fellowship programme will be able to execute a teaching research or development project during the programme, at the end of which they will become certified TAU Fellows.

North is eagerly anticipating the chance to be involved in the new venture. ‘Any activity that involves the distinguished teachers from other tertiary institutions around the country will be rich and fulfilling,’ said North. ‘I am sure that I will learn a lot from other expert teachers in Higher Education.

North has been teaching for over 25 years and has a remarkable history at UKZN, having completed her undergraduate studies in Mathematics and Mathematical Statistics at the former University of Natal (UN), as well as her BSc (Hons), Masters and PhD in the field of Statistics. She began lecturing at UN in 1982 with a break to complete her PhD, and returned to the Discipline of Statistics with a PhD in 1993, and is now the Academic Leader.

Throughout her years at UKZN, North’s excellence in teaching has frequently been acknowledged. She was the recipient of the Distinguished Teacher’s Award in 2004, and has also received ESKOM’s Award of Appreciation, a Golden Key International Honorary Award, a Certificate of Appreciation from the national Department of Education and a Medal of Honour from the Natural Sciences and Technology of the Suid – Afrikaans Akademie vir Wetenskap en Kuns.

‘Teaching is my passion and my joy and it feels great to be recognised for something that I truly care about,’ said North. It is her students, she says, who inspire her to go the extra mile in her teaching activities.

‘Just looking at their faces, seeing them understanding, makes it worthwhile - you see it in their eyes,’ said North. ‘I always tell them “this is hard, yes, if it was easy, everyone would be doing it”, so that they have a good appreciation for the value of what they get if they work hard. I go that extra mile but I make them go that extra mile for themselves, as in the end, I can only inspire - the real work must come from them.’

North’s passion for her Discipline has also led her to take up leadership positions in both national and international initiatives in Statistics, such as being the Theme Chair for the World Statistics Congress in Hong Kong in 2013, the Topic Chair at the International Conference on Statistics Education Conference in the United States in 2014 and acting as a guest Editor for the Statistics Education Research Journal from 2011 to 2014. She is also a master trainer for Statistics Outreach to Teachers in South Africa (maths4stats), a programme which trains high school Mathematics teachers to effectively teach their students the Statistics portion of the curriculum.

In terms of using the TAU Fellowship to encourage capacity building, North plans to investigate strategies to tackle the issue of student drop-out and improve throughput, an issue all universities are grappling with. North hopes to better understand the thresholds and challenges to success for first year students, particularly as they come from a schooling system that is vastly different to what they will experience in Higher Education.

‘Improving the teaching of mathematically-based subjects to large classes of students with varying levels of ability where many are not studying in a home language is an ongoing challenge,’ explained North, who believes this would possibly be a suitable topic for her TAU research project.

‘Our country has high unemployment, so I like to teach in a way that gives each one the opportunity of passing if he/she works hard,’ added North.

North credits some of her expertise in teaching to the time she spent completing her PhD while raising her three sons. ‘Anyone who has stayed home with three sons and three dogs will know how to teach if you want any peace in the house,’ she laughed. ‘Crowd control after those years came naturally.’

To other teachers who aspire to achieve what North has, she has following advice: ‘Don’t ever complain about the ability of students; they are what they are, so find a way to improve their knowledge and inspire them as they have often had shocking role models and don’t always have the support we might have enjoyed growing up.’