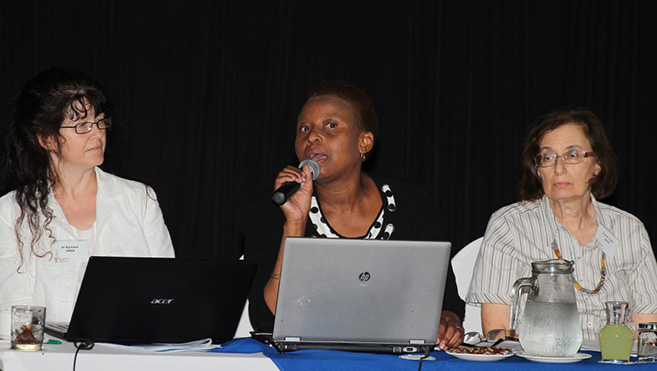 Three UKZN academics attended a Unicef-funded meeting in Gauteng where delegates heard about the rollout of a national deworming programme in South African primary schools.

Deputy Director-General for Social Mobilisation and Support Services in South Africa, Dr Granville Whittle, said the implementation of the deworming programme was necessary because there was a high prevalence of infection by various worms including roundworms, whipworms and hookworms.

Whittle added that the programme would only be feasible in the schooling system if the private sector, civil society and education stakeholders came on board to assist Government in providing health services to children. A budget of R7 million had already been made available.

In South Africa, STH infection is most prevalent among disadvantaged children who live in densely-populated and under-serviced areas such as informal settlements.  High levels of infection have been documented in children in all provinces.

Research indicated that in 1999, 90% of children attending 12 primary schools in Cape Town were infected, while in 2001, the prevalence of roundworms and whipworms was 89.2% and 71.6% respectively in children aged between two and ten years old in an informal settlement in Durban.

In 2003, 45% of children in a study conducted in the Free State were infected with pinworms; while in 2005 the overall STH infection rate was 55.8% in a large, non-selection sample of children attending nine schools in Cape Town.

The meeting was attended by officials from the Departments of Basic Education, Health, and Social Development as well as development partners, international NGOs and research and academic institutions.